Last week, it was pointed out by tvOS 14 users that despite promising 4K support for YouTube videos with its latest update, Apple did not enable the feature but now, several users have confirmed on Reddit that 4K YouTube videos support is finally rolling out for Apple TV users (via MacRumors). 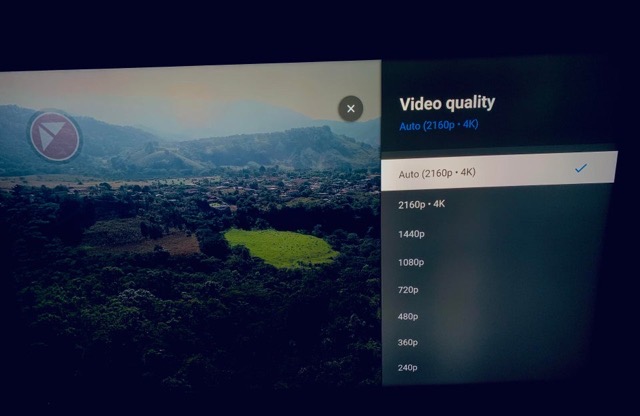 Multiple users have reported that they are seeing 4K playback options in the YouTube app on ‌tvOS 14‌, tvOS 14.0.1, and tvOS 14.2. Not every Apple TV user, however, has 4K support enabled on YouTube as of yet. We have also tested this on our Apple TV and are still not able to view any 4K YouTube content.

Apple has noted on its Apple TV 4K website that 4K support for YouTube videos is a feature that’s supposed to be included in tvOS 14 but so far, it has been missing for most users.

Since the feature is now finally rolling out, it’s only a matter of time till we all get to view 4K YouTube videos on our Apple TV. Do let us know if the option has been enabled for you in the comments section below.