An Apple patent application published today by the US Patent and Trademark Office (USPTO) details a unique wireless security system being developed by the company for its retail outlets. According to Patently Apple, the multi-stage wireless device security system will disable any unpaid device as soon as it leaves the store. 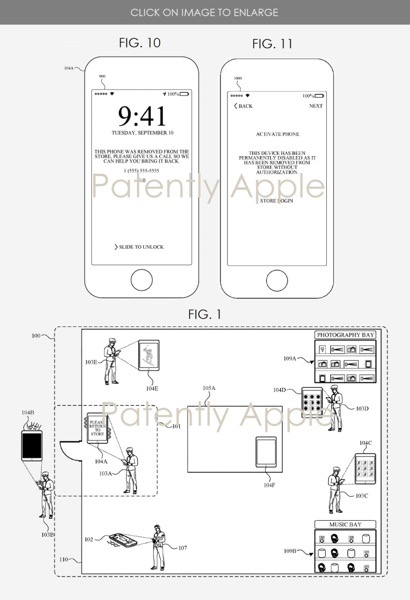 Additionally, the individual inventory electronic devices may also monitor their own locations and determine when they are being moved towards a boundary of the security area:

Apple’s patent application was originally filed back on Q1 2019.