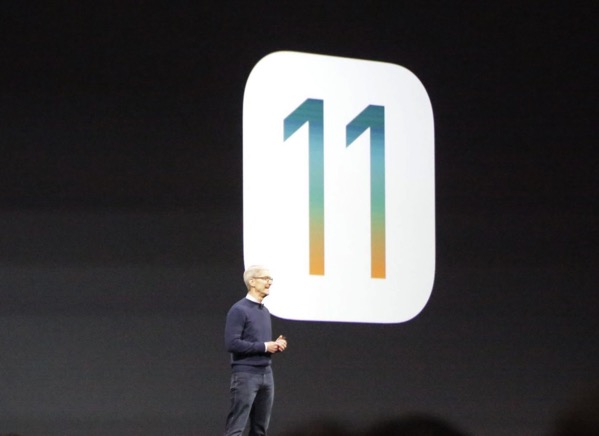 In addition to an all-new App Store on iOS, Apple also previewed the upcoming iOS 11 today during the WWDC 2017 keynote, with tons of powerful new features for iPhone and iPad, including a new Files app, advanced multitasking features for the iPad and Apple Pay in messages. Additional features include, Do Not Disturb while driving to help users stay more focused on the road, a new voice for Siri and new capabilities in Camera and Photos app.

“With iOS 11, we’re delivering the biggest AR platform in the world, and it’s available today for developers to begin building AR experiences using ARKit for hundreds of millions of iPhone and iPad users,” said Craig Federighi, Apple’s senior vice president of Software Engineering. “iOS 11 gives iPad users the powerful app functionality they need to take advantage of everything iPad is capable of, and brings hundreds of new features and incredible updates to the iOS apps iPhone and iPad users enjoy every day.”

Below is a brief run down of what’s new in iOS 11:

Apple Pay users in the US will be able to make and receive payments with friends and family quickly, easily and securely. They can send money and get paid right in Messages, or tell Siri to pay someone, using the credit and debit cards they already have in Wallet. 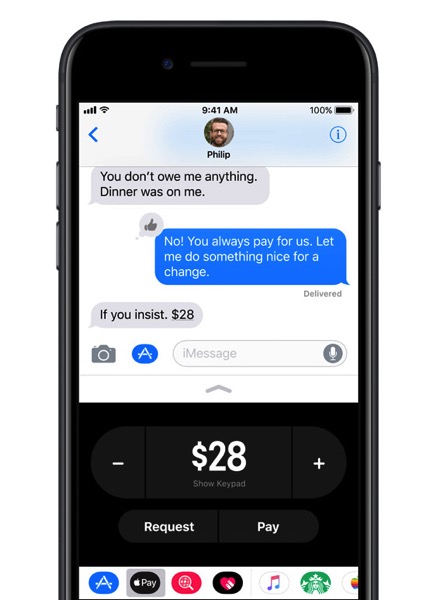 Do Not Disturb While Driving

iOS 11 introduces a new way to help drivers stay more focused on the road with Do Not Disturb while driving. iPhone can detect when you may be driving and automatically silence notifications to keep the screen dark. Users have the option of sending an auto reply to contacts listed in Favourites to let them know they are driving and cannot respond until they arrive at their destination. 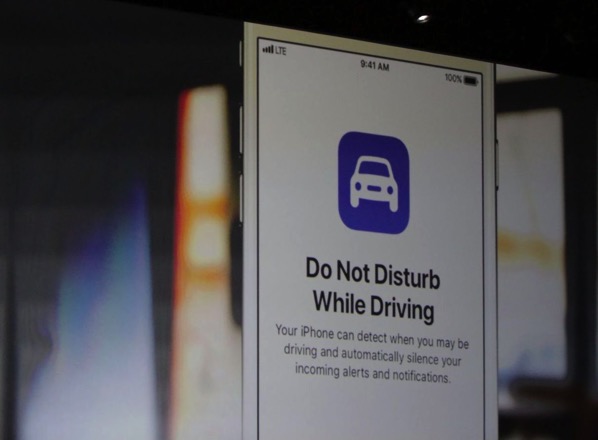 With iOS 11, Portrait Mode images can be taken with optical image stabilization, True Tone flash and HDR, so every shot looks even more professional. Live Photos are more expressive with new Loop and Bounce effects that create continuous video loops, while Long Exposure can capture time and movement. 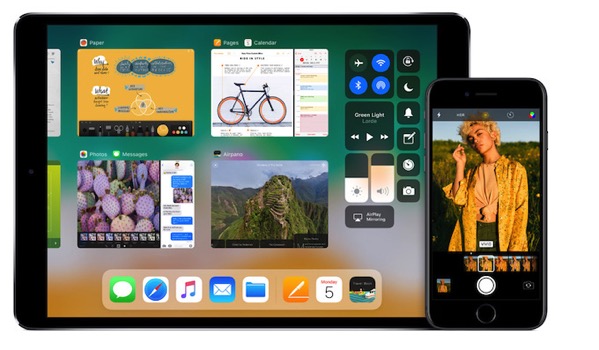 In Photos, Memory movies are optimized to play in both portrait and landscape orientation, and more memories, such as photos of pets or birthdays, are automatically created. With iOS 11, Apple introduces a new technology called High Efficiency Image File Format (HEIF) that reduces the file size of every photo taken with iPhone 7 and iPhone 7 Plus.

Apple has also redesigned the Control Center in iOS 11, which is the panel that users can swipe up to access frequent and important settings or change songs when listening to music. 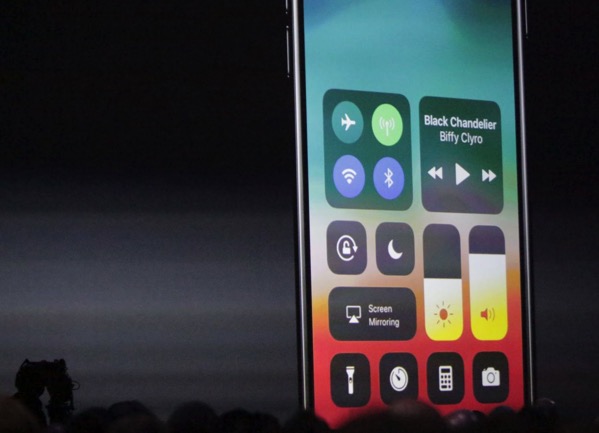 Apple is introducing a new platform for developers to help them bring high-quality AR experiences to iPhone and iPad using the built-in camera, powerful processors and motion sensors in iOS devices. ARKit allows developers to tap into the latest computer vision technologies to build detailed and compelling virtual content

Siri in iOS 11 gets new male and female voices are more natural and expressive, adjusting intonation, pitch, emphasis and tempo while speaking, and can translate English words and phrases into Chinese, French, German, Italian or Spanish. Siri now extends beyond voice, using on-device learning to deliver more personal experiences and offers suggestions based on personal usage of Safari, Mail, Messages and more

iOS 11 makes multitasking on iPad even more powerful with a new customizable Dock that provides quick access to frequently used apps and documents from any screen, and a redesigned app switcher makes it easier to move between pairs of active apps, used in Split View and now Slide Over.

Apple Pencil is more deeply integrated into iPad with support for inline drawing and a new Instant Notes feature opens Notes from the Lock Screen by simply tapping Apple Pencil on the display.

The new Files app keeps everything in one place, whether files are stored locally, in iCloud Drive or across other providers like Box, Dropbox and more, and with Drag and Drop available across the system, moving images and text is easier than ever.

Other new features in iOS 11 include a redesigned App Store drawer for iMessage apps, ndoor maps for major airports and shopping centres around the world in Apple Maps, new ways to discover music with friends in Apple Music, one-handed keyboard mode on iPhone and much more.

The developer preview of iOS 11 is available to iOS Developer Program members at developer.apple.com starting today, and a public beta program will be available to iOS users later this month at beta.apple.com. It is compatible with iPhone 5s and later, all iPad Air and iPad Pro models, iPad 5th generation, iPad mini 2 and later and iPod touch 6th generation.

Back in October, Apple confirmed its head of hardware design, Evans Hankey, was departing from the company after just three years of replacing the famed design chief Jony Ive. Now, Bloomberg’s Mark Gurman reports Apple won’t be replacing the coveted design chief role, but instead having its entire team report to the company’s chief operating […]
Gary Ng
21 mins ago