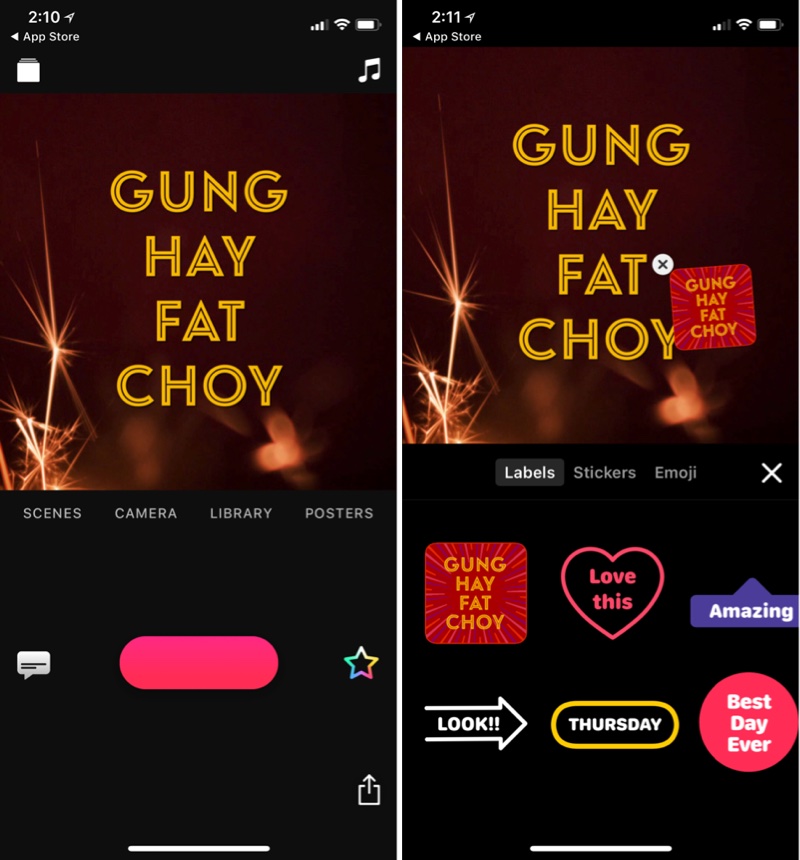 Seen above, both graphical assets feature the phrase “Gung hay fat choy,” which is how Cantonese speakers wish someone a “happy new year.” The feature comes in time for Chinese New Year, which falls on February 16th this year.

In addition to the new poster and label, the latest version of Clips improves stability when browsing and recording Selfie Scenes on iPhone X. Selfie Scenes integrate depth data from the phone’s TrueDepth camera to overlay users into a variety of animated landscapes, movie sets and abstract art.

A separate issue that caused the Top Secret poster to animate incorrectly during playback has also been fixed.

Clips is available as a free download from the App Store. The app requires any device running iOS 11.1 or later and contains no in-app purchases.