As disclosed by user “heyyoudvd” in a thread on Reddit, Apple Maps POIs appear to be updated every day at 3 a.m. Eastern time, suggesting that the company is now updating its mapping database on a daily basis with user corrections submitted through the native Maps applications for iOS and OS X (via AppleInsider). “Over the past month, Maps were being updated once a week (every Friday) for me, but now, that has improved even further,” he wrote. 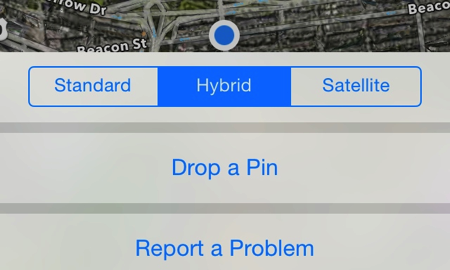 Previously, reporting problems in Apple’s Maps apps did not result in swift changes to the company’s data. But now that appears to have changed. The Reddit user, who has been actively tracking Apple’s progress with its Maps application, believes he has seen more updates to the mapping data in recent weeks than in the previous two years combined. “Over the past few days, I’ve noticed an update occur every single day at 3 a.m. Eastern”.

“Those posting in the Reddit thread noted that they are seeing points of interest fixed in a prompt fashion, while various side roads and other small changes have been implemented. These changes appear to be going into place worldwide, with one user noting that they marked issues on beaches in Sydney, and the problems were addressed accordingly”.

In case you aren’t aware, any user can report issues with Apple’s Maps application on an iOS device by tapping the “i” button in the bottom right corner and selecting “Report a Problem.” From there, you can notify Apple about incorrect search results, inaccurate street names, missing locations, problems with directions, and more.