In a recent interview with Fortune, Apple VP and former Environmental Protection Agency chief Lisa Jackson shared company’s plans to overcome some of the challenges and reach 100% renewable energy in its retail stores. The Cupertino company has previously announced that it has reached 100% renewable energy in corporate facilities and 94% across its data centers. 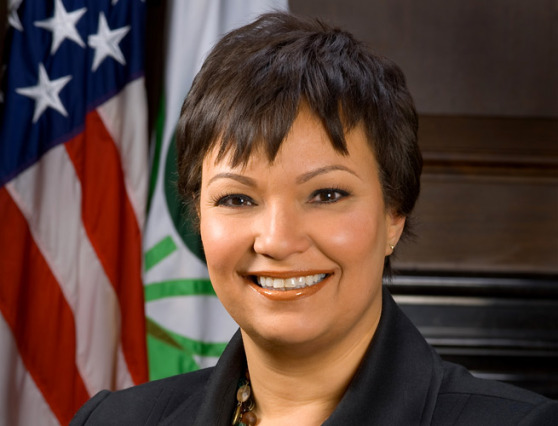 When Patagonia’s Rick Ridgeway asked Lisa Jackson that how can Apple boast about reducing the carbon footprint of its individual products when the company’s overall carbon footprint gets bigger every year, she said, “if all of us sustainability professionals have to resort to ‘make and sell less stuff’ as the answer to the problem, then we are suffering from an extraordinary lack of imagination. And innovation”.

Today Jackson oversees environmental affairs at Apple and Ridgeway does the same at Patagonia. “I don’t want to put you on the spot,” said Ridgeway. “Patagonia’s got exactly the same problem. In our company we call that one the elephant in the room.” “I am on the spot,” Jackson laughed. But then she got serious:

“One of the things that your company — certainly I think Apple —  is about is trying to understand where the technology innovations and other innovations are that help us to reduce carbon intensity. We’re not advocating for less people to have access to our products. That’s not the answer we’re looking for.”

Check out the full interview video below: