Apple is working with eight states to bring state IDs and driver’s licences to Apple Wallet in a move that could make airport check-ins easier. 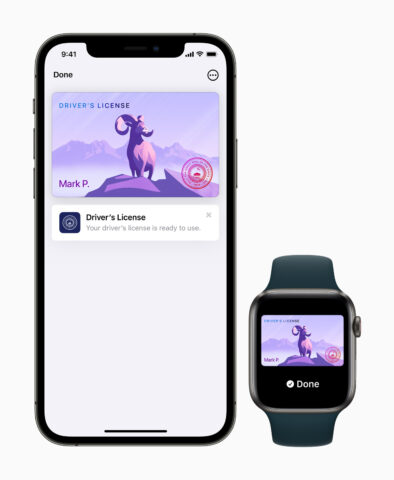 In a new press release, the Cupertino company said that Arizona, Connecticut, Georgia, Iowa, Kentucky, Maryland, Oklahoma and Utah will be bringing their IDs to Apple Wallet for display on the iPhone and Apple Watch. Apple is pushing Apple Wallet to be an ID repository with plans to add student IDs, corporate badges, hotel keys and other items.

The Transportation Security Administration (TSA) will let travelers use an ID stored in Wallet at some security checkpoints and lanes at certain airports. Apple says these will be the first places where people can use a driver’s license or state ID they add to Wallet. The company says retailers and venues will add support later.

“The addition of driver’s licenses and state IDs to Apple Wallet is an important step in our vision of replacing the physical wallet with a secure and easy-to-use mobile wallet,” said Jennifer Bailey, Apple’s vice president of Apple Pay and Apple Wallet. “We are excited that the TSA and so many states are already on board to help bring this to life for travelers across the country using only their iPhone and Apple Watch, and we are already in discussions with many more states as we’re working to offer this nationwide in the future.”

Apple is touting its digital ID as another privacy-first innovation with driver’s licenses encrypted and stored securely in an iPhone after a simple scanning process done with the device’s camera. The ID scan is then securely sent to the issuing state along with a selfie for verification. Once it’s approved, a digital version of users’ driver’s license or ID will appear in their Wallet app.

Users will just have to tap their phone on a TSA terminal and answer a prompt confirming they really do want to share their ID. Only then will your ID information be transmitted to the agency that requested it, and users will not have to hand anyone their device.

Apple says that biometric authentication via Face ID or Touch ID will ensure that only the person who created the ID can view or present it. It cannot be accessed with a device passcode alone — unless you’ve enabled accessibility features.

Apple currently offers mobile student IDs that allow people to access campus buildings and make purchases without a physical card, a feature expanded to additional universities in the US and Canada this summer. The new ID feature will be available with an iPhone software update due for release later this fall.