Apple recently refused a court order to help FBI unlock the iPhone of a shooter in the San Bernardino terror attack, with CEO Tim Cook going ahead with posting a public letter on the company’s website, explaining how complying with the order would threaten the security of its customers. Now the Cupertino company is under fire from San Bernardino victims over this decision, which is why it has suggested that the U.S. government should form a commission to resolve the issue (via The Wall Street Journal). 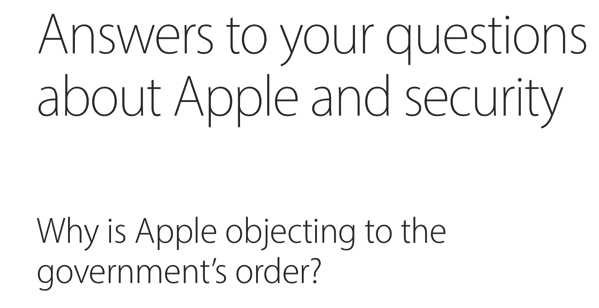 Apple has already urged the prosecutors to withdraw their demand that Apple help unlock the iPhone of Syed Rizwan Farook. However, it is also locked in an increasingly bitter dispute with the government over whether it should be forced to help investigators open the phone used by Mr. Farook. In a recent email to employees, Tim Cook has said it would “gladly participate” in a group of experts in intelligence, technology and civil liberties to discuss “the implications for law enforcement, national security, privacy and personal freedoms” of digital-security techniques.

“It doesn’t feel right to be on the opposite side of the government in a case centering on the freedoms and liberties that government is meant to protect,” Mr. Cook wrote in his email. However, Mr. Cook reiterated that this case is about more than a single phone, saying it could set a “dangerous precedent” for accessing data from other devices.

Apple’s second posting in a week underscored how the dispute is being fought as vigorously in the press and public opinion as in the courts. But Mr. Cook’s tone in his email seemed more conciliatory than his letter published on Tuesday. “Our country has always been strongest when we come together,” Mr. Cook wrote.

Meanwhile in a series of questions and answers posted on its website, Apple has laid out its case more plainly than previously, saying that the government’s request for help circumventing features of its passcode security system is technically possible, though doing so would :establish a dangerous precedent and introduce undue risk into the iPhone’s security”.

The company has also denied that it had unlocked phones for the government in the past. Check out the Q&A posted on Apple’s website today at this link.