Research firm Wristly has just published the report of its ‘State of the Apple Watch’ customer satisfaction survey, according to which the Apple Watch has received a user satisfaction rating of 97%. However, Fortune’s Philip Elmer-DeWitt believes that the rating should be taken with “a grain of salt”, given the “inherent pro-Apple bias in the self-selected sample”. 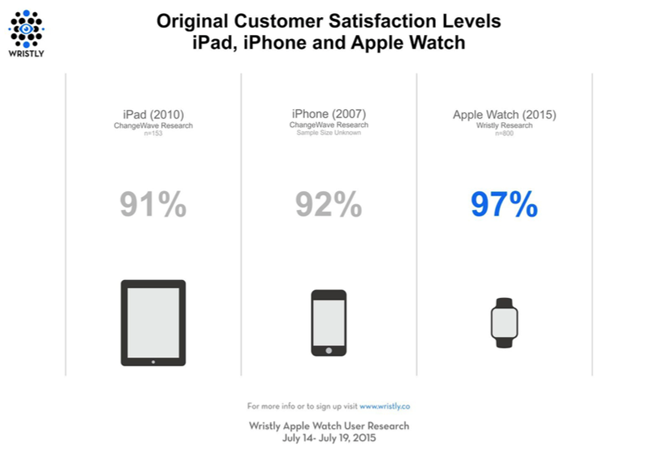 According to the author, the actual representation of how Apple Watch is doing is the chart shown below, Here’s what he says:

“The chart, which compares a couple thousand owners’ expectations for the Watch with their actual use of the device, is the real deal”.

Remember, Apple pitched the Watch as three things in one:

Check it out and share your thoughts with us about how accurate it is in the comments section. 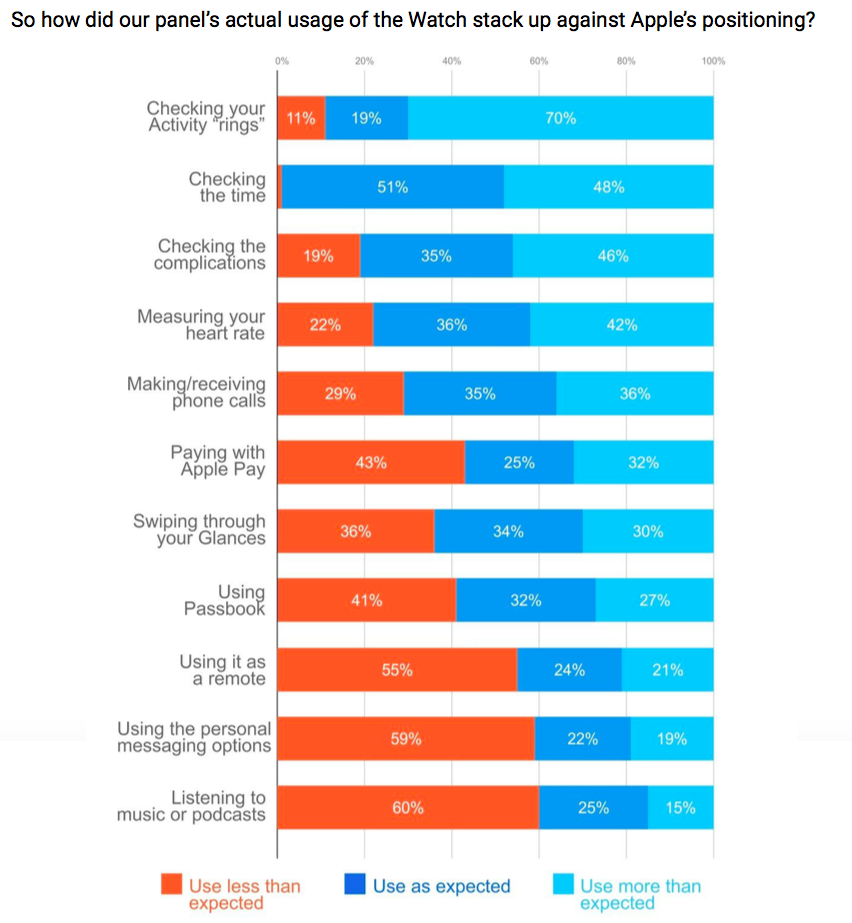