In an interesting article titled “Filling the Green Circle”, author Marco Arment has shared his experience with the Apple Watch’s Activity feature, describing how it has made him not only get more consistent exercise, but also push himself further. “I take more walks, and I walk faster and further than ever before”, he writes. He notes that he has been discovering new streets trying to extend his walking distance and to beat his previous walks logged by the Watch’s Activity Circles. 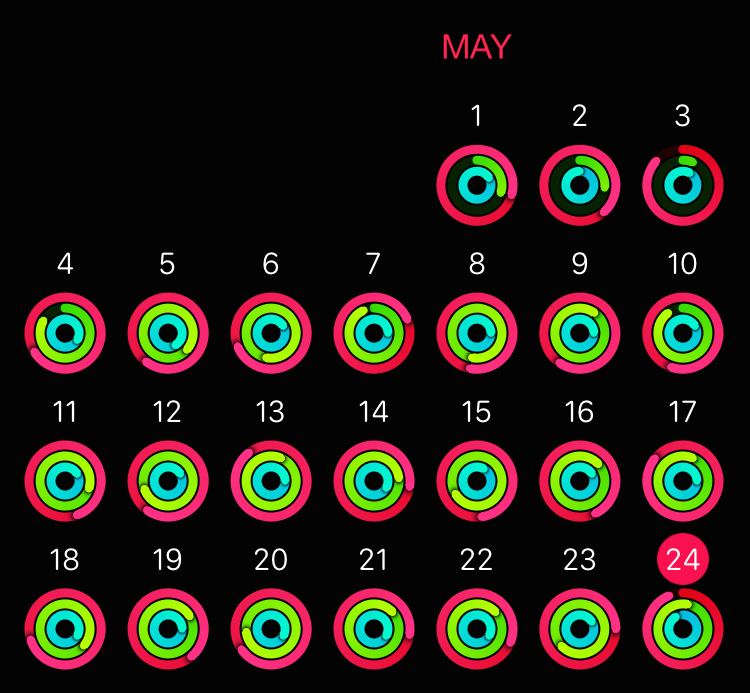 Marco notes that setting the Activity Circles as an always-visible feature of your Apple Watch face will get you motivated more that ever before. “I’ve never cared before, but now, I care”. He says that he doesn’t expect to fill all three circles every day, but he feels so motivated that he used a hotel gym in jeans, “because I knew I won’t fill the green circle, the hardest one (30 minutes of activity with an elevated heart rate), in my normal activities”.

It’s hard to say a gadget makes you healthier. This is working for me because I’ve wanted to lose some weight anyway, the springtime weather is beautiful, and I really like my shiny new watch. The big question, like any positive change in diet or exercise, is whether I’ll stick with it.

When I get a standing reminder (50 minutes after the hour if you haven’t stood yet during that hour) to help fill the blue circle (12 hours that included some standing motion), I usually find a good excuse to get up for a few minutes, even if it’s just to get a drink or wash the dishes at home.

What I personally love about the Watch’s Activity feature is that the goals it sets are reasonable enough not to be discouraging, but significant enough that I only need to make small, positive changes to reach them.

Do you feel motivated to exercise more after getting the Apple Watch?