Apple has aired a couple new Apple Watch ads, highlighting the new Series 2 lineup, touting “This Christmas, give the Gift of Go.” 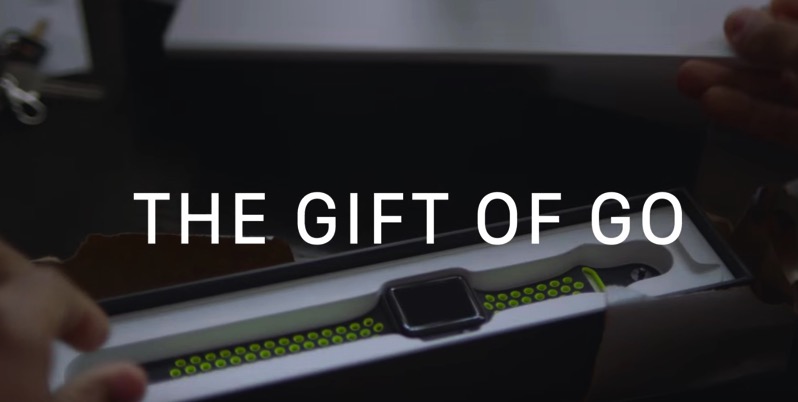 Two 15-second ads, titled ‘Go Play’ and ‘Go Run’ show off Apple Watch Series 2 models, including the specialized Nike+ model, which comes with exclusive bands. Check them out below:

The short clips appeared on the company’s YouTube channel in the UK, and may make their way into digital ad campaigns, such as on Instagram.

So far, Series 2 has been pretty good in the pool and on runs, without the need for my iPhone thanks to its built-in GPS. Still waiting for Strava to release an update to support the GPS, expected in early 2017.

Click here to check out our unboxing and early impressions of the Apple Watch Nike+.