Apple Watch to Soon Transform into An Enterprise Product

Brian Cleary, the Chief Strategy Officer at Bigtincan, a company that develops a secure solution for delivery of all content types on mobile devices, believes that with the announcement of Apple Watch, “Apple’s enterprise pitch is becoming more integrated, wider and more flexible”, than it ever has been before. 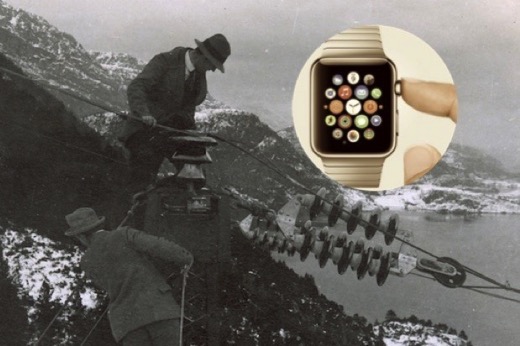 While speaking with Computer World, Cleary said imagine the impact wearables will have on a field service technician who needs to service a wind turbine 200 feet up in the air. “Instead of using the standard pen and note pad, or even an iPad, the technician will soon be able to dictate voice-notes into their smartwatch, which can then be synced across devices and used at a later time”.

“Bigtincan is excited to drive the mobile-led business transformation and help to redefine how work gets done on the iPhone and iPad,” said Cleary. “The company is committed to and believes in the iOS platform and ecosystem to enable business customers and to put the unique capabilities of Apple’s mobile devices to work within enterprises quickly and easily.”

There is no doubt that Apple under Tim Cook is growing both as an enterprise and a partnership company.