With Apple’s highly anticipated ‘Spring Forward’ (Apple Watch) special event set to kick off on Monday, more ‘leaks’ have hit major news outlets to give an inside look of what to expect. 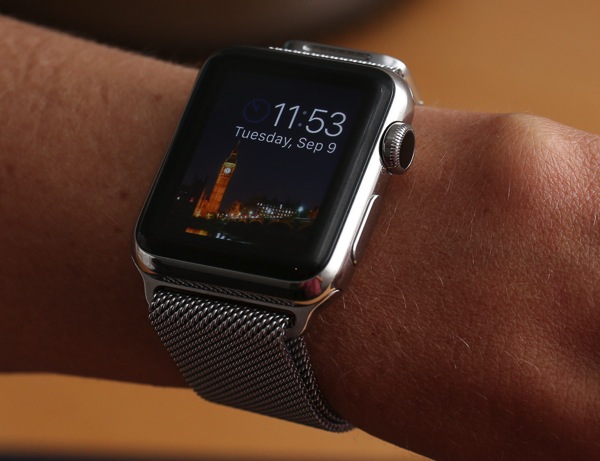 Image via A Blog to Watch

Bayerische Motoren Werke AG, Facebook Inc., United Continental Holdings Inc. and others have spent weeks at Apple’s headquarters in Cupertino, California, working hands-on with the smartwatch to test and fine-tune applications that will debut alongside the device next month, according to people familiar with the process, who asked not to be identified because of non-disclosure agreements.

The rooms where developers are allowed to test Apple Watch block Internet access and developers are not allowed to bring outside materials (such as phones, papers) inside, says a person familiar with the matter.

Source code for apps are brought in on a computer hard drive that remains at Apple’s headquarters. To prevent leaks, Apple holds the code and will send it to respective companies closer to the Apple Watch’s launch date.

Stephen Gates, a vice president and creative director for Starwood Hotels & Resorts told the publication “There’s a lot of confidentiality,” regarding the process of working with Apple to develop apps. Starwood’s iOS app allows iPhone users to enter hotel rooms via Bluetooth, without checking in at the front desk.

Bloomberg notes some developers who have used the Apple Watch “have noticed problems, including slowness”, saying the Bluetooth connection required from an iPhone “caused lag time for some applications,” according to one source. There was no indication if these were early Apple Watch prototypes or finalized models.

Apple Watch battery life is said to last a full day according to company CEO Tim Cook and will require nightly charging. To preserve battery life as much as possible, Apple has suggested to developers apps be designed so they are used no longer than 10 seconds at a time by users.

It’s no surprise Apple is allowing early access to developers to fine-tune apps for the Apple Watch and the secrecy aspect as well. When Apple allowed early access to certain developers leading up to the 2010 launch of the original iPad, the device was required to be chained to a table inside windowless rooms.

Apple’s expected Apple Watch-centric special event will take place on Monday, March 9 at 10AM PST, the day after Daylight Saving Time kicks in.