New clones of the upcoming Apple Watch Series 7 have already begun to appear in China. 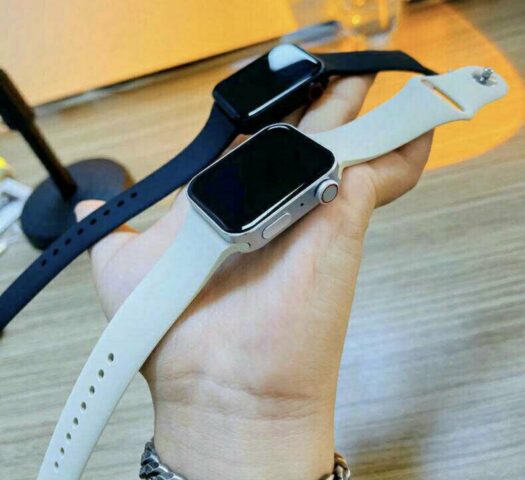 Shared to Twitter by leaker Majin Bu (via MacRumors), multiple images show clones that show us exactly what we expect to see when the official Apple Watch Series 7 announcement takes place — flatter screens, flat sides, and a generally cleaner look than the Apple Watches we’ve become accustomed to.

Overall, the Apple Watch Series 7 might look somewhat similar to the traditional Apple Watch look and feel we’ve all grown accustomed to over the years, however, closer inspection reveals the new all-flat edge design that the Cupertino company has been rapidly adopting throughout its entire product line.

Interestingly enough, one of the biggest rumoured design changes we were expecting to see is unable to be verified by these sets of images, as they unfortunately only show the new Apple Watch from the right side of the device — whereas the pair of new larger speaker grills are allegedly sitting on the left side of the unit.

According to the sources that relayed information to the tipster, these Apple Watch Series 7 clones will cost around $60 USD apiece, which is nowhere near close to what the California-based giant intends on selling to customers when it is officially here. It is also worth mentioning that there are no size variants mentioned for these clones, and according to previously published info, the upcoming wearable is expected to arrive in two sizes.

It’s likely that Apple will unveil the real Apple Watch Series 7 alongside the new iPhone 13 at an event next month. Rumours have the iPhone 13 release date set for September 17th.