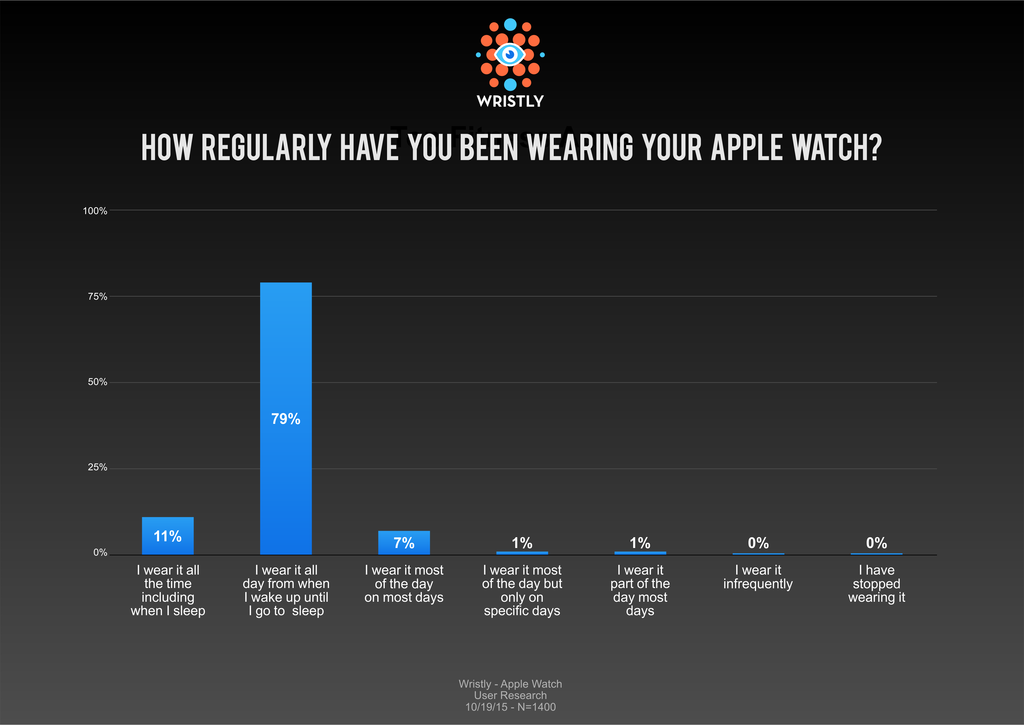 A new Apple Watch customer satisfaction survey carried out by Wristly and Techpinions has returned a customer satisfaction level of 97% for Apple’s first generation wearable. The report notes that those who owned the watch since April had the highest overall satisfaction rating, suggesting those who owned the Apple Watch the longest seemed to become more satisfied over time. Furthermore, “non-techies” were found to love the watch the most.

“The insight we discovered in our last survey held true even as we doubled the size of our panel. Customer satisfaction for the Apple Watch ranked highest among those consumers who were admittedly not techies or worked in an industry other than tech. The highest number of those who said they were “very satisfied” also said they worked outside of the tech industry.

The research also shows that 39% out of a total of 48% users who were interested in buying a wearable this holiday season, plan on getting the Apple Watch, while others wanted Fitbit, Jawbone, and Garmin products.