Try Out the Apple Watch Here with This Interactive Demo

Want to try out the Apple Watch? Doodle Creatives, the makers of the iOS app Pipes News, have created an interactive demo for the public to try.

The demo shows the Apple Watch home screen and allows users to open the apps shown, such as Phone, Clock, Yahoo News Digest, Clash of Clans and more. 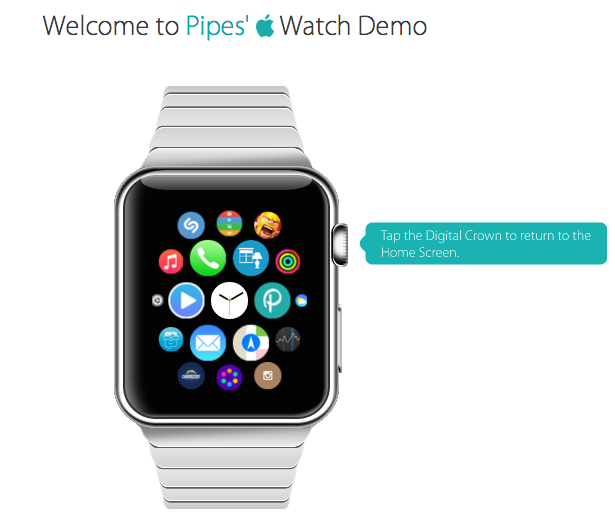 Click here to try out the Apple Watch demo (the site is getting hammered right now so it might not load properly). The Apple Watch was recently rumoured to debut some in March of this year for the U.S.