Apple has officially announced Canada will be part of the Apple Watch launch, along with eight other countries: Australia, Hong Kong, Japan, China, the UK, France, the US and Germany.

The Apple Watch pre-order will kick off on April 10 (and retail stores previews), while watches will ship on April 24. 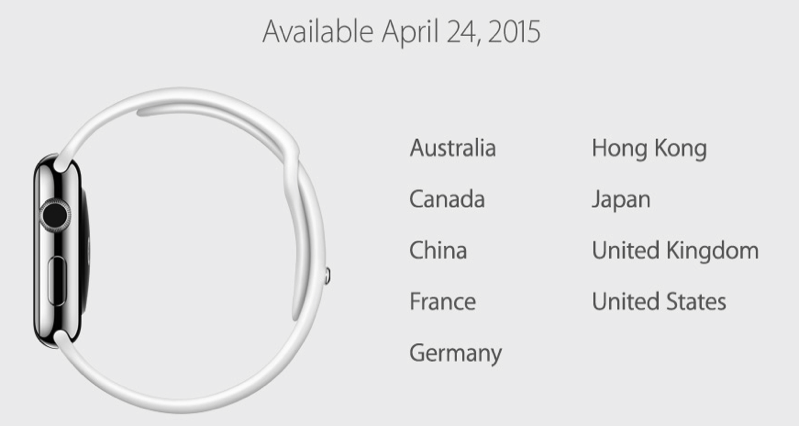 Update: check out the full list of Canadian Apple Watch pricing we laid out here for you.