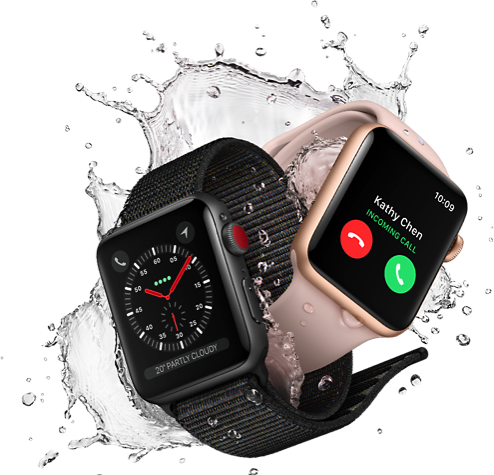 According to Apple Watch sales estimates from industry researcher Canalys, as well as shipment statistics from the Federation of the Swiss Watch Industry, Apple sold 8 million Apple Watches in the last quarter of 2017, outselling Rolex, Swatch, and the rest of the Swiss watch industry combined, Business Insider reports.

In some ways, the comparison with the entire Swiss watch industry is a testament to Apple’s scale. Some Swiss watches are meant to be luxury pieces, like Rolex watches, which cost tens of thousands of dollars. But other Swiss watchmakers are mass market, like Swatch, with watches that are priced in the same range as the least expensive Apple Watch — about $180.

But other tech companies have similar scale, like Samsung and other Google partners — and their smartwatch sales aren’t even close.

“It was our best quarter ever for the Apple Watch with over 50% growth in revenue,” Apple CEO Tim Cook announced earlier this month. He highlighted how wearables, including the Apple Watch, AirPods and Beats headphones, were the second largest contributor to revenue growth after iPhone.

For the first time, #Apple shipped more Apple Watches in 4Q2017, than the entire Swiss Watch Industry shipped watches! Apple is the biggest watch maker in the world #AppleWatch pic.twitter.com/G6M6TJ7uO2

The iPhone maker, which has now become one of the biggest watchmakers in the world, has been making watches for just over four years, while Switzerland has been making timepieces for centuries.