Apple Watch pre-orders have gone live in Canada and the U.S., with initial supplies selling out quickly for those with slow trigger fingers.

We were able to get in quickly just after 12:01AM PDT via the Apple Store iOS app, but even then the most popular model it seems was the 42mm Apple Watch Sport in Space Grey, selling out quickly. Our order has a shipping date of May 21 to June 2 (4-6 weeks). As of writing, this particular model is now available to ship in June: 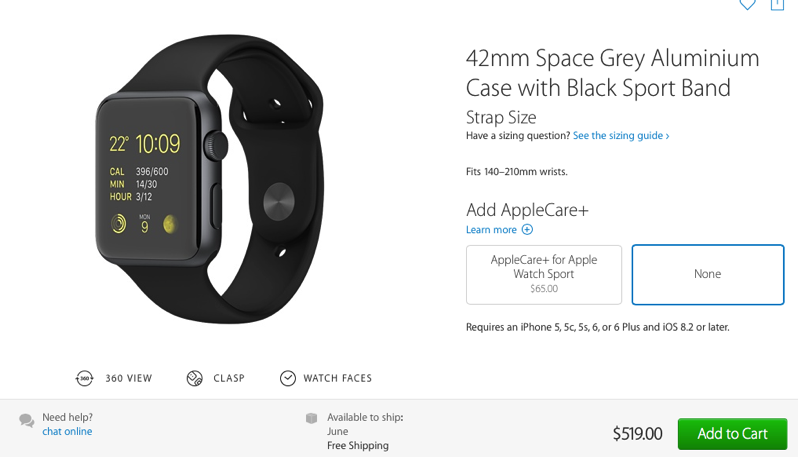 The most-expensive Apple Watch Edition is also available to ship in June: 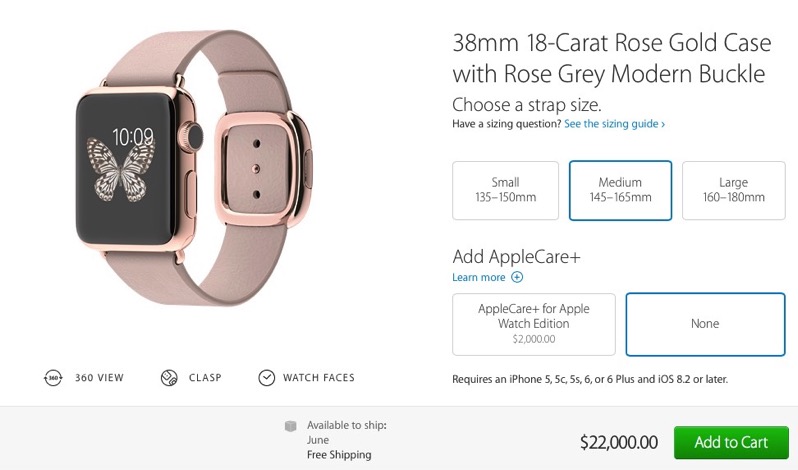 There does not seem to be an in-store pick up option.

What Apple Watch model did you order? Did you manage to get in via the first wave?