Apple has announced Apple Watch pre-orders on April 10 will begin at 12:01 AM PDT (3:01 AM EDT; set your alarm clocks), as expected, in line with other product launch times such as the iPhone, as confirmed on an update on the company’s U.S. website, first spotted by MacRumors.

The Canadian Apple Watch page shows the same start time, which makes sense since Canada is also part of the launch: 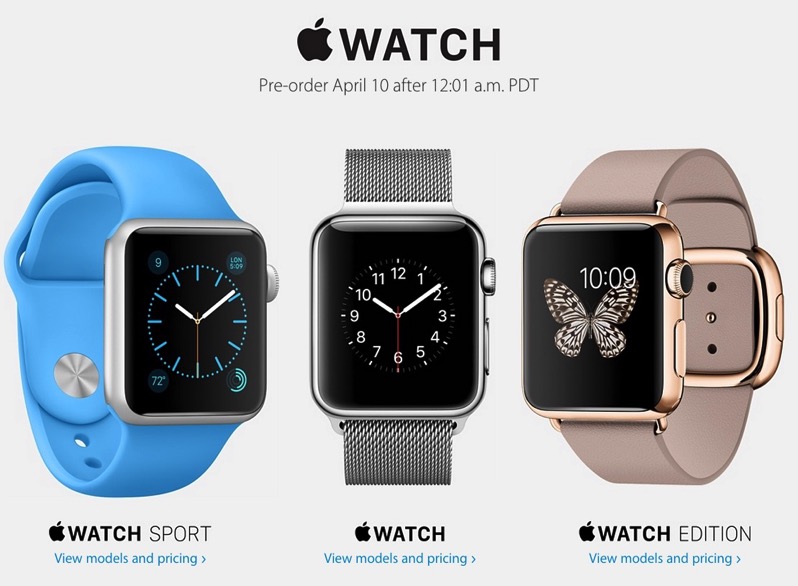 Which Apple Watch model are you going to pre-order? Have you changed your mind over the past couple of weeks? Click here to check out the Canadian Apple Watch price matrix.