Looks like Apple continues its Apple Watch marketing plans by offering high profile individuals and celebrities custom bands. The latest come from images shared to Twitter by rugby player Will Carling (via MacRumors).

Carling shows off his Apple Watch in stainless steel with a custom red Sport band, which could possibly be an unreleased option as a PRODUCT(RED) version. The cyclist’s caption for the image was “Think I prefer the red strap!! #rubitin”: 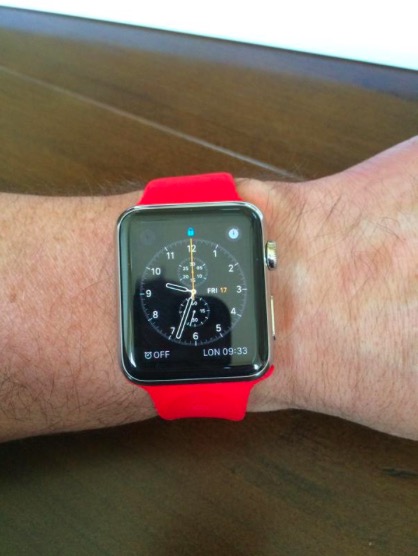 He also similarly reveals a new folding UK power plug, which he says was given to him by fellow Order of the British Empire (OBE) recipient, Apple design chief Jony Ive (KBE). These folding plugs make the usually bulky UK power adapter more compact and portable. 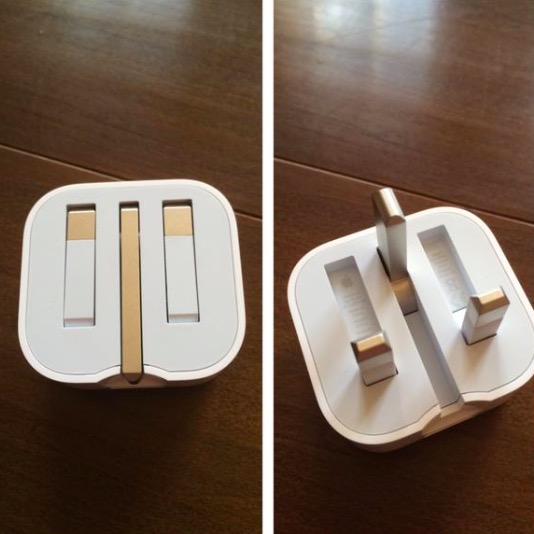 Apple previously set its Apple Watch launch date as April 24, but the date has been since removed from its website to indicate heavy demand and low supply for its first smartwatch offering, which will remain available online only through May.