There is a way to make the already-special Apple Watch Edition more unique: a custom-made Edition model with a gold link bracelet coming directly from the company. The lucky owner of such a device is fashion designer Karl Lagerfeld, who received this gift from Apple.

The image was posted by Lagerfeld’s assistant and bodyguard Sebastian Jondeau on Instagram and spotted by a MacRumors reader on Instagram. In the image — inserted below — you can see the designer’s wrist wearing a unique gold Apple Watch Edition with a gold link bracelet made by Apple specially for Lagerfeld. 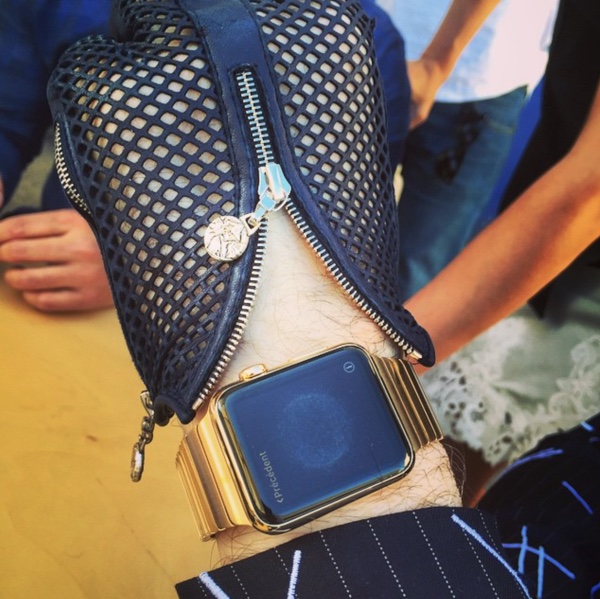 You may recall that Lagerfeld was present last year when the Apple Watch made its debut at Parisian boutique Colette. The appearance of the custom-made Apple Watch on Legersfeld’s wrist could easily be part of the company’s marketing efforts.

Considering the price of the yellow gold Apple Watch Edition and that of the link bracelet, MacRumors estimates the custom-made wearable’s price somewhere upward of $25,000.

The Apple Watch Edition was spotted earlier on the wrists of celebrities such as Katy Perry, Drake, and Pharrell Williams.

It's confirmed that Rihanna will headline next year's Super Bowl LVLL Halftime show. 2023's mega-sporting event will be the first to see Apple Music take over as the official sponsor of the halftime show as Pepsi exits its deal. The news was confirmed via social media where Apple Music, Rihanna, and the NFL all confirmed...
Steve Vegvari
36 mins ago