Earlier today we reported that the mythical White iPhone 4 can be found in the Apple Store iPhone app. Well, a Reuters report now states that Apple has delayed the White iPhone 4 until next Spring. Err…next Spring? That is cutting it close for the launch of the “iPhone 5” isn’t it?

A company spokesperson contacted John Paczkowski from ATD with the following:

â€œWeâ€™re sorry to disappoint customers waiting for the white iPhone yet again, but weâ€™ve decided to delay its release until this Spring.â€

A Reuters report also has word from an official Apple spokesperson:

“We’re sorry to disappoint customers waiting for the white iPhone again,” Apple spokeswoman Trudy Muller said. When asked why the white phone would again be delayed, Muller declined to comment. 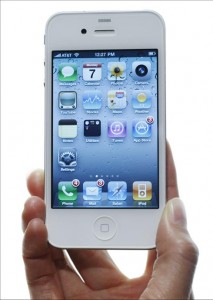 So the White iPhone 4 has been officially delayed. If you have been holding out for one, you might as well keep waiting or just crumble and get a black one while you still can.

Were you waiting for the White iPhone 4?