Apple Will Reportedly Announce Apple Pay for Websites at WWDC 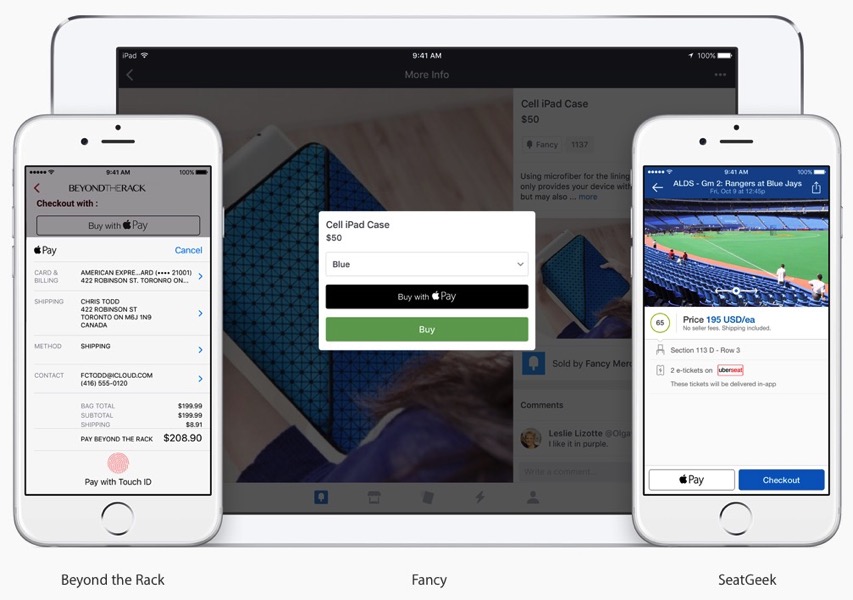 Building on recent rumours claiming Apple Pay would see website integration this year, a report from Digital Trends on Friday suggests that Apple is planning to officially announce the new payment feature at WWDC next week.

The report is light on details, but the publication’s sources said Apple is ready to announce Apple Pay website integration, which brings with it the promise of seamless touch-to-pay transactions on popular e-commerce sites.

While Apple has long been rumoured to be working on website support for its in-house payments service, Recode in March was first to attach a concrete timeline to a potential launch, saying the platform would debut later this year. The original report from Recode stated that Apple Pay website integration will be ready in time for the busy holiday shopping season.

The source from today’s report notes that Apple is expected to reveal the new Apple Pay expansion onstage at their WWDC keynote on Monday.

Sources cited in today’s report are not sure if users will be able to complete website purchases on devices lacking Touch ID, a current requirement for all Apple Pay transactions. Whether Apple plans to open the service to third-party web browsers is also unknown.