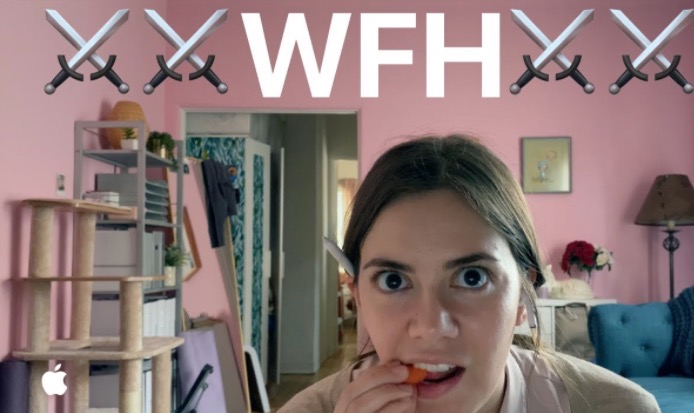 Apple has shared a funny video called “The whole working-from-home thing”, which chronicles how people are working from home during COVID-19 with iOS and Mac devices, in particular the fictional group, The Underdogs:

“The Underdogs are back, navigating their new normal with lots of unknowns but one reliable constant: Apple helps unleash their creativity and productivity even when they’re working from home,” explains the video description.

“It’s still a world of deadlines, meetings, group chats, conference calls, coworkers, and bosses. But it’s also a world of kids, a dog, and a hairless cat. And it’s a world where collaboration never misses a beat, whether the team uses iPad, iPhone, iMac, MacBook, or all of the above. Working from home (or working from anywhere) isn’t new, but what you can make happen together is,” adds the Apple video description on YouTube.

Apple says “This is Apple at Work (from Home)”. Pretty much nailed it.