Apple Working with Nuance for Voice Recognition Technology in iOS 5? 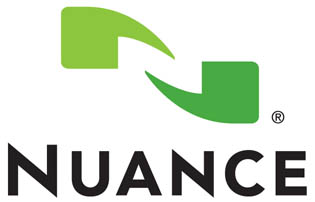 Nuance is the company behind the powerful software Dragon Naturally Speaking for desktop computers. They also have iOS versions featuring their technology in Dragon Dictation and Dragon Search.

The latest rumour according to TechCrunch is Apple will be working closely with Nuance to integrate some sort of voice recognition as part of iOS 5, which we will learn about at the upcoming WWDC.

Apple has previously acquired Siri, another company specializing in voice control that is based on transcriptions from Nuance. For Apple to acquire Nuance, it would cost $6 billion dollars (which isn’t that much considering Apple has over $65 billion in cash). TechCrunch believes both parties have reached a standstill in terms of negotiating a deal.

Do You Still Use Voice Control?

Voice commands have been around for the longest time, and even with Voice Control on my iPhone I barely use it. The tendency to bark commands actually take longer sometimes if your voice isn’t picked up properly. Apple needs to innovate in this realm and introduce something new with voice in iOS 5. If there is one company to try and ‘change the game’ of how we interact with our devices and voice, it’s going to be Apple.

How often do you use voice commands with your iPhone?