Last week we checked out Nuance’s Dragon Dictation, which was essentially Dragon NaturallySpeaking for the iPhone. While that was useful for speaking and copying your dictation, there’s another new offering that was released a few days ago called Dragon Search.

Dragon Search is once again another voice-powered search for the iPhone. We’ve taken a look at the Google Mobile app, Canpages, and Vlingo to name a few. However, this time around Dragon Search uses some advanced technology that makes voice search more accurate than ever before.

The premise is simple. You press the red record button and speak your search term. Your results will be quickly returned, and via a carousel up top you can view instant results from Google, twitter, YouTube, iTunes, Wikipedia, to name a few. With my initial tests, Dragon Search is incredibly accurate and works great!

The only downside, is that it’s only available for US iTunes accounts. Once again, check out the following guides below to create your free account to download Dragon Search (once your holidays come, definitely sign up for a free account!): 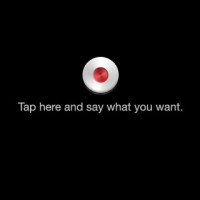 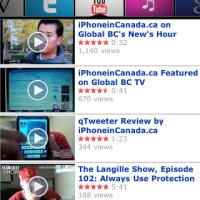 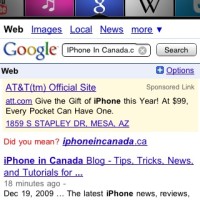