Only a few days back, Apple saw a 1.5% surge in its stock price to hit a new all-time high and today, Apple’s shares have hit another record high which takes the iPhone maker’s market capitalization to over $1.5 trillion making it the world’s first company to reach the milestone (via MacRumors). 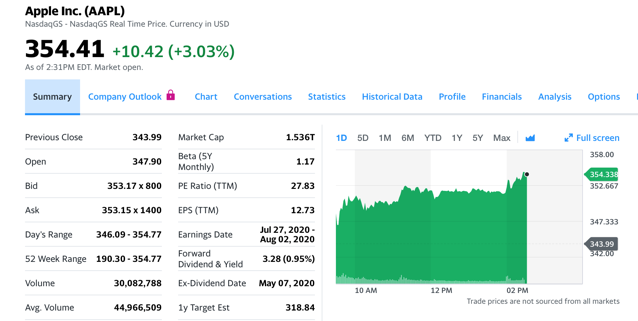