AppleCare+ was updated yesterday to offer even more value, as the extended warranty coverage now includes up to two incidents of accidental damage every 12 months on select products, instead of just one.

Of course, each incident requires a service fee depending on damage, but if you’re accident prone, this offers increased peace of mind you can pay to get a replacement.

Here’s the old wording from Apple’s AppleCare+ page for iPhone: 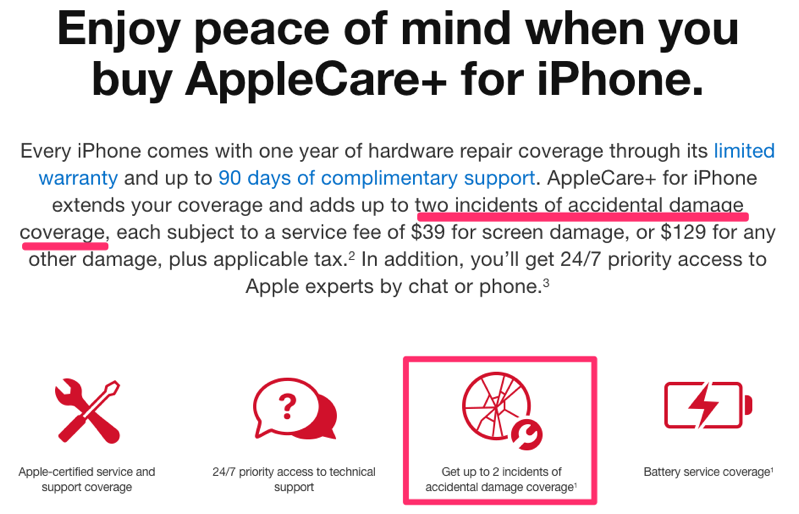 …and here’s the new change, which adds the mention of two incidents of accidental damage protection every 12 months: 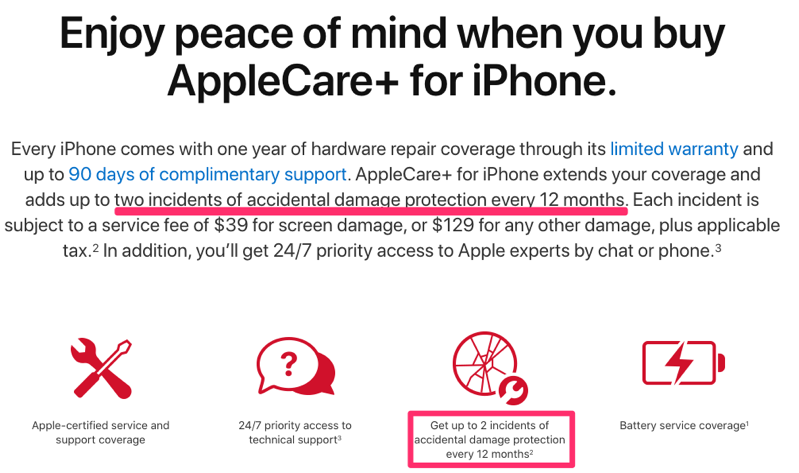 The accidental damage incidents do not roll over. “Any unused incidents will expire after 12 months of coverage and you will get two more incidents to use within the next 12 months of continued coverage,” explains Apple’s fine print.

According to MacRumors, the change applies to:

Apple customers in Canada can purchase AppleCare+ up to a year after purchasing their device, instead of just 60 days, with some limitations.