If you want to purchase AppleCare+ for iPhone 7 or iPhone 7 Plus, it will cost $169 in Canada, the same price for iPhone 6s and iPhone 6s Plus. The two-year coverage includes incidental coverage at the price of $129 per damage incident ($99 in the USA). 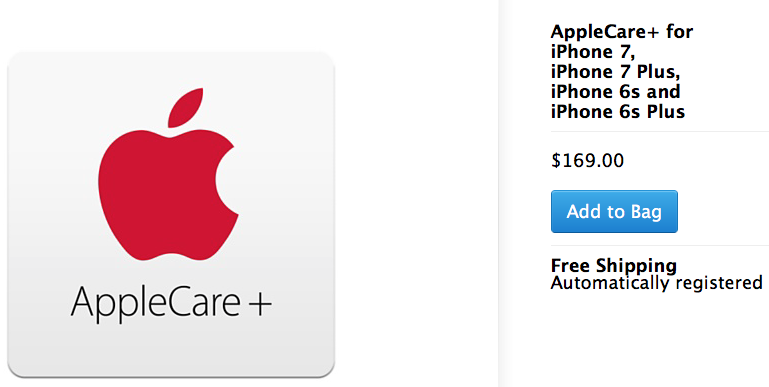 However, this year, Apple has added a new screen damage fee of $39 ($29 in the USA), which is much cheaper than replacing the entire phone. 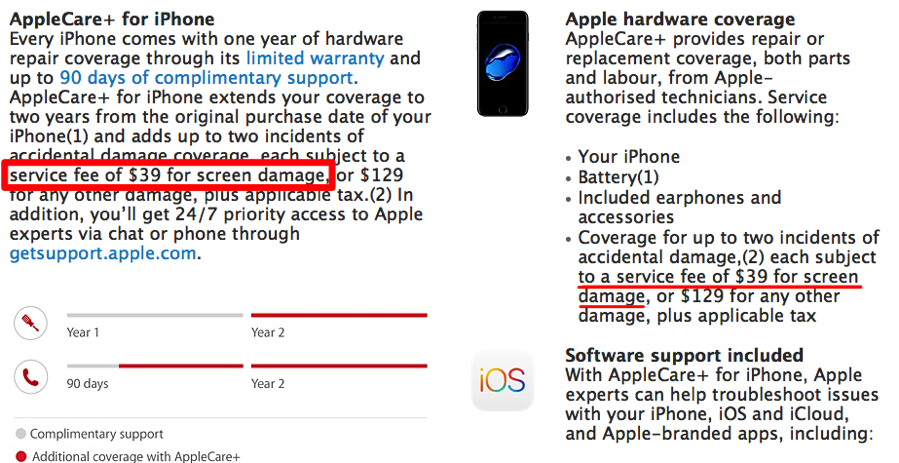 AppleCare+ costs $129 for iPhone SE users, which also have the option of a $39 screen damage repair fee, but now incident damage costs are at $129 each, when previously they were at $79.

iPhone owners have up to 60 days to decide if they want to purchase AppleCare+, starting rom the date Apple ships and charges your for your order.

One of the most common iPhone accidents involve a shattered screen, so the cheaper $39 incident fee is welcome. However, if you’re accident prone, you may be better off buying a case, like Spigen’s Tough Armor from Amazon.ca for $20.99, as that’s cheaper than AppleCare+.