AppleCare+ protects your iPhone purchase by extending your warranty coverage to two years, plus it includes fixes for screen and accidental damage for additional fees.

The price of AppleCare for iPhone X will be $249 and comes with up to two incidents of accidental damage. For screen damage, service fees are $39, while any other damage is $129, both with tax on top. 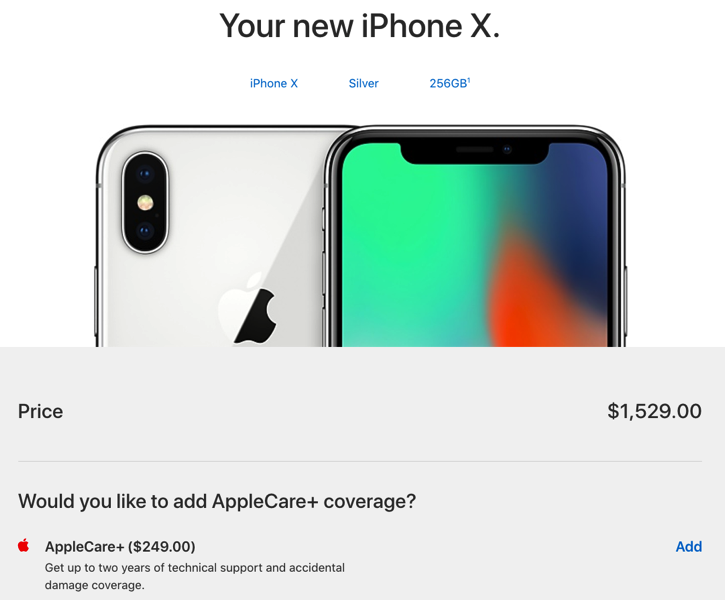 AppleCare+ comes with priority phone and chat access 24/7, explains Apple, so if there is an issue, you get support immediately.

For comparison, here’s what AppleCare+ costs for other iPhone models:

As you can see, smaller and older iPhone models are less expensive when it comes to AppleCare+.

So basically it boils down to…iPhone X plus AppleCare+ versus your mortgage payments. Obviously, the sensible decision is to splurge on iPhone X—am I right?