Apple this morning announced iPhone 8, iPhone 8 Plus and their “one more thing” moment was iPhone X, as we expected from iOS 11 GM leaks. 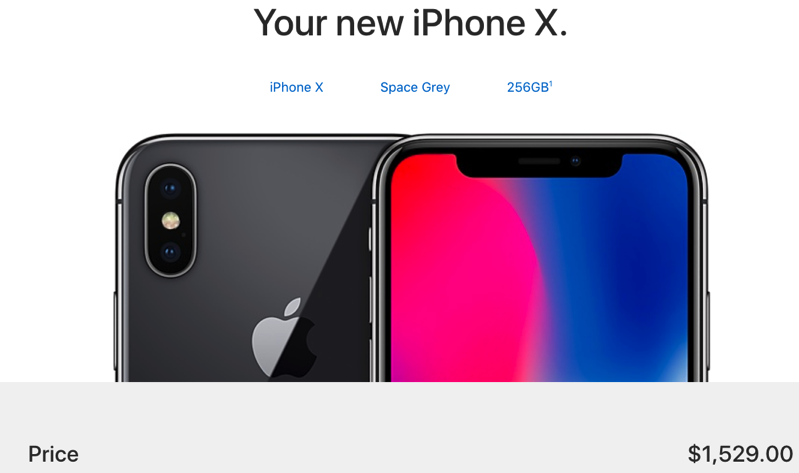 Apple Canada’s website is now back online, and pricing is available for iPhone X. Here it is below:

In comparison, prices in the United States are as follows:

Of course, despite the recent rise of the Canadian dollar, Apple is pricing their local iPhone X a bit higher here, to fend off any currency fluctuations.

iPhone X pre-orders kick off on October 27th, while the phone will ship on November 3rd.

What iPhone are you buying? #AppleEvent

Despite engineering delays, Apple is said to be continuing work on full reverse wireless charging support for the next-generation iPhone (via 9to5Mac). (Concept image: via EverythingApplePro) Citing sources familiar with the matter, the report notes that Apple was expecting to introduce the feature with the iPhone 14 Pro, but it missed the deadline. However, the...
Usman Qureshi
7 mins ago

Apple unveiled its new HomePod second-generation last month, with the smart speaker going on sale in Canada last week. We're seeing the first teardowns of Apple's 2023 HomePod hit the web now, with YouTuber Brandon Geekabit recently sharing his disassembly of the device. On the outside, the new HomePod has a similar physical footprint to...
Nehal Malik
56 mins ago