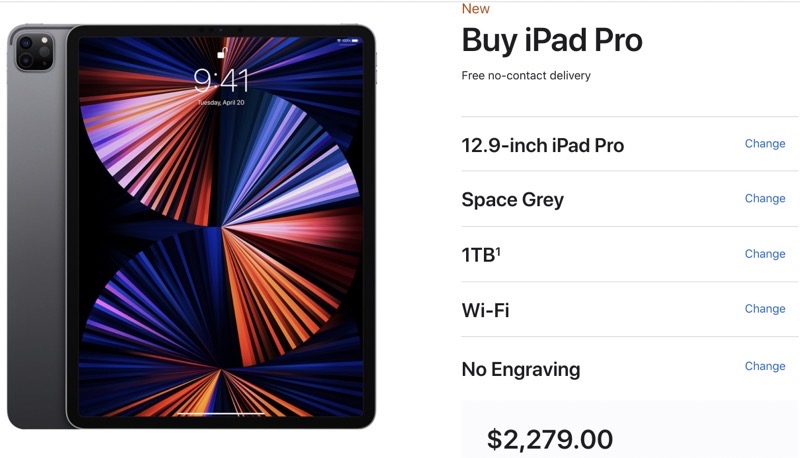 Earlier this morning Apple launched pre-orders for its new 24-inch iMac, iPad Pro and Apple TV 4K. The ordering process was full of hiccups as items placed into carts were removed and took a couple tries to check out.

If you’re trying to nab a flagship 12.9-inch M1 iPad Pro with miniLED display, they are now sold out with delivery dates into the first week of July, for all storage sizes and Wi-Fi and cellular versions.

Based on our checks on Apple.ca, at the time of writing we’re seeing delivery dates of June 24 to July 8 for the 12.9-inch iPad Pro—nearly two months away. Of course, these dates may change as Apple tends to underpromise and overdeliver on its delivery timelines.

As for the regular 11-inch M1 iPad Pro, it’s showing delivery dates of May 28 to June 3, still far away but again, these dates may change. If you’re trying to find a new M1 iPad Pro, your best bet may be to visit an Apple Store near you or try resellers such as Best Buy.