This afternoon Apple announced their 2013 Q4 earnings, which resulted in $37.5 billion in revenue along with the sales of 33.8 million iPhones, 14.1 million iPads and 4.6 million Macs. Take a look at the fourth quarter illustrated by Dan Frommer reporting for TechCrunch: 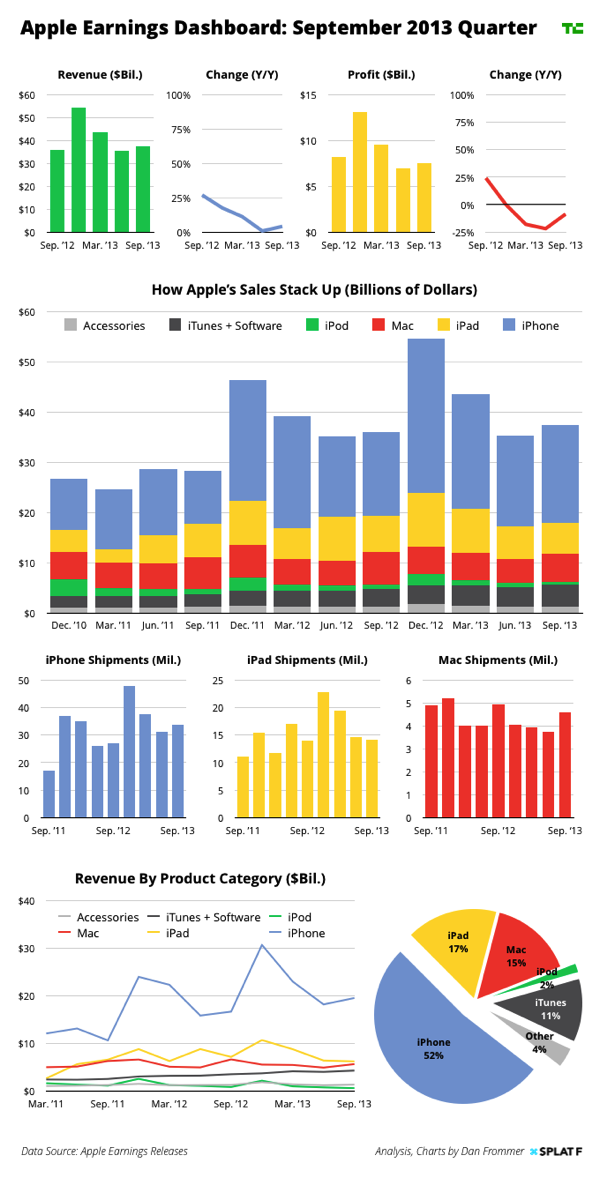 The iPhone now makes up 52% of Apple’s revenues.

Here are some numbers and tidbits from Apple’s live earnings call (via this transcript):

It was a pretty good quarter for Apple but of course Wall Street is just too hard to please. After hours trading sees AAPL down $6.45 (-1.22%), despite the record quarter beating analysts’ estimates:

The third quarter is always a tricky one for Apple, as iPad sales usually slump due to people anticipating new models and holding off buying new ones. Also, iPhone sales only make up a couple weeks of the quarter so we’ll have to wait until Q4 is over before we can see the real impact of new iPhone, iPad and Mac sales.