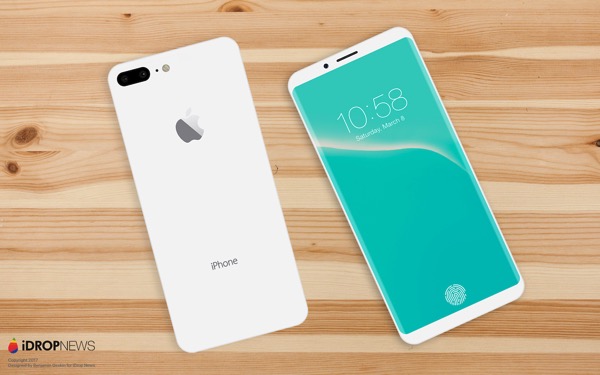 Contrary to previous rumours, smartphone supply chain researcher and analyst Wayne Lam of IHS Markit claims that Apple is unlikely to release an iPhone with a curved display this year.

On Friday, MacRumors spoke with Lam about Apple’s upcoming iPhones for 2017. The analyst notes that the Cupertino tech giant will most likely be sticking with flat displays, especially with the 10th anniversary iPhone 8 which is rumoured to have a 5.8-inch OLED display.

“We anticipate Apple will adopt a flat implementation of OLED design on their special iPhone model.”

Previously, rumours were speculating that Apple is preparing a special 5.8-inch iPhone with an edge-to-edge curved OLED display. Lam said that consumers can expect a device that is much like LG’s G6 flagship smartphone.

“LG’s G6 is a study in creating large immersive screen designs that do not break the ergonomic requirements of the average human hand. By addressing dueling consumer demands for larger screens but yet more pocketable device, LG took on the challenge of re-imagining what a modern smartphone should look like and function ergonomically.”

The new design language will reportedly be adopted in the Galaxy S8, which Samsung is set to unveil later this month.

Lam said that having a large screen on a small body will be very beneficial to Apple, allowing them to expand on certain features and functions of the device. On a final note, the analyst shared that it’s very likely for the next-generation iPhones to have Touch ID or the fingerprint scanner embedded into their display panels.