Apple’s A9 Manufacturing Split 60/40 Between TSMC and Samsung, Not Segmented By Device Size

Teardowns of Apple’s new iPhone 6s and 6s Plus have revealed A9 chips made by two different manufacturers, one built by TSMC and the other by Samsung. 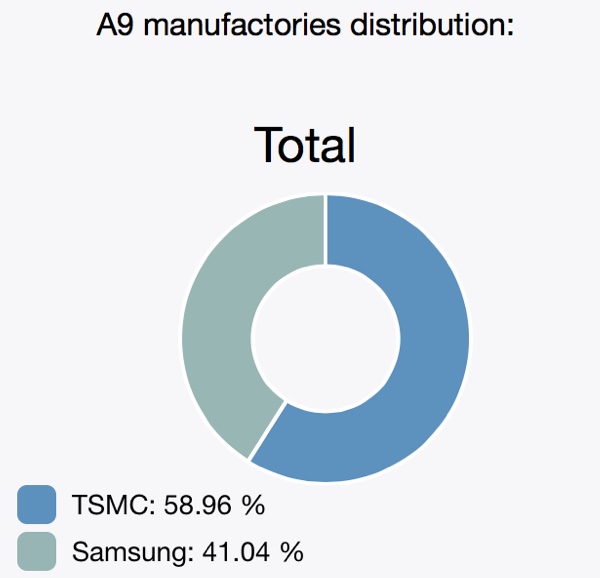 Wang’s data shows that the TSMC chips are installed in 58.96 percent of iPhones, while the chip manufactured by Samsung is currently installed in 41.01 percent. It is important to note that the data comes from iPhones that have this app installed, and the pool of devices that are actually being used is much larger.

Although the split is certainly present across the devices, it would appear that the most important question is whether or not there is a noticeable performance difference between the two. More extensive testing will have to be conducted to find out the differences between both processors, other than their size.