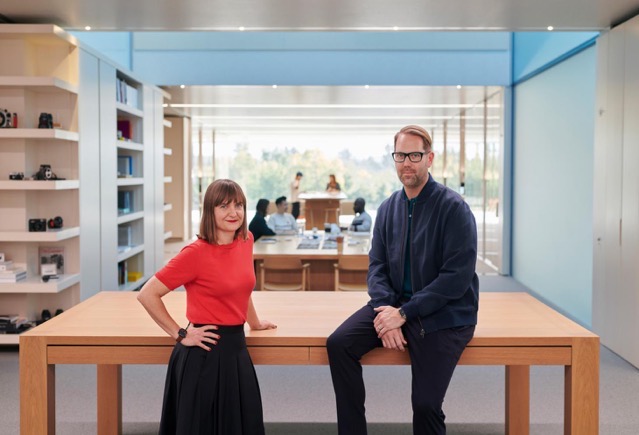 Ive founded LoveFrom after leaving Apple in 2019. He is credited with formulating the design language for much of the company’s current product portfolio.

Hankey, meanwhile, is leaving the company after about 20 years in total but just three years of trying to fill Ive’s shoes. That likely wasn’t even enough time for her to see an Apple product through from design to release. Hankey also leaves behind an uncertain succession for her role.

Gurman noted that Apple doesn’t have very many choices when it comes to appointing a new design chief. He floated senior industrial designer Richard Howarth and head of software design Alan Dye as possible replacements from within the company.

People close to the design department see Howarth, who served briefly as Apple’s head of industrial design between 2015 and 2017, as the only logical choice to replace Hankey.

Gurman said that Apple could also look outside the company for Hankey’s replacement, but the iPhone maker has historically struggled to integrate executives from rival companies into leadership positions.

“It would need to be someone internal,” one longtime member of Apple’s design group told Gurman. According to this unnamed designer, replacing Hankey with someone from outside Apple would be the “death of the team.”

Apple’s hardware design department has seen significant turnover in recent years — not good, considering product design choices are made many years in advance.

15 core members of Apple’s Ive-era design team departed the company after the legendary head of hardware down-shifted to working at the company part-time in 2015. Many of them ended up joining Ive at LoveFrom. In the 15 years up to that point, however, only two members of the design team had left Apple.

However, the design team’s problems started well before Ive left the company. According to people with knowledge of the developments, the closer involvement of Apple’s operations department in the design team’s work resulted in its focus pivoting from purely aesthetics and features to costs.

“The strength of the team was that we were a nucleus bound together by the incredible environment that there was and the things we could do in a fairly unconventional way for a large company,” said the longtime member of the group.

“It was a special team. It wasn’t easy after Steve passed — things started to become a lot more complicated. There were more pressures and outside distractions.”

Much of Apple’s design philosophy up until now had likely already been developed during Ive’s tenure. Now, the tech giant needs to find a new Ive-esque visionary to usher in a new era at the company.