According to new documents published today by the US Patents and Trademark Office, Apple’s former chief design officer Jony Ive has officially filed for a trademark for the term “LoveFrom Jony,” while giving us a first look at his new design firm’s logo and branding, 9to5Mac is reporting. 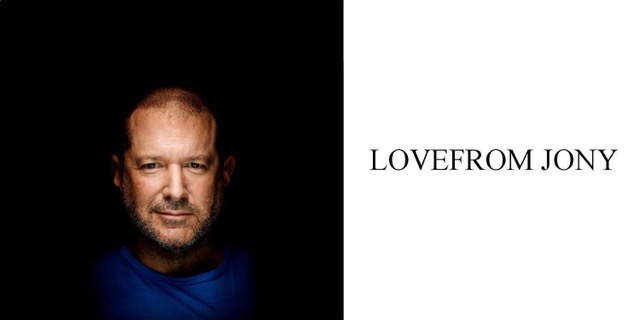 Last month, Apple announced that Ive is leaving the company after more than 20 years to form an independent design firm with Apple being one of its primary clients. Ive’s design company will be named ‘LoveFrom’ and it will fully launch in 2020. Influential designer Marc Newson, who joined Apple’s design team in 2014, is also going to join Ive’s new firm.

While it was previously announced that the firm would simply be named LoveFrom, it now appears that at least one aspect of the brand will be “LoveFrom Jony.”

The trademark filing also makes references to goods and services that could pertain to LoveFrom Jony, but the list essentially includes every category of product you could imagine. This includes cars, drones, beauty products, household appliances, kitchen appliances, and much more. Thus, we still have little indication as to what Ive’s focus will be at LoveFrom.

According to the European Union's final deadline, all new phones sold in the region, including future iPhones, will have to use USB-C for wired charging by December 28, 2024, The Verge is reporting. The EU’s new USB-C legislation, which has just been published in the bloc’s Official Journal, the rules will officially enter into force in...
Usman Qureshi
5 mins ago

To optimize Chrome for your device’s battery and system memory, Google is introducing two new performance settings so Chrome uses up to 30% less memory and extends your battery when running low. To offer its users an improved browsing experience, Google is rolling out new Memory Saver and Energy Saver modes over the next several...
Usman Qureshi
24 mins ago