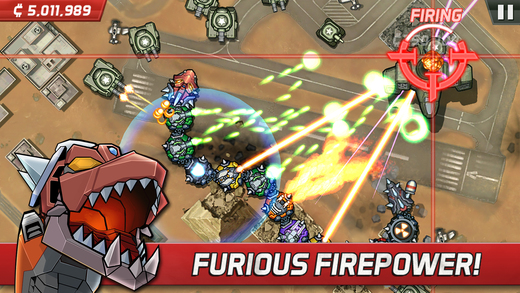 Colossatron: Massive World Threat by Halfbrick Studios is Apple’s free app of the week. The game normally retails for $0.99 and is free for this week only.

Take charge of a giant robotic snake and smash through cities with ease as you fight to create the most fearsome weapon of all time. Your objective is to destroy everything!

Build and shape Colossatron to overcome the formidable forces of General Moustache and his military units. Battles will intensify quickly as tanks, boom trucks and even aerial bombers swarm Colossatron in seemingly overwhelming numbers. 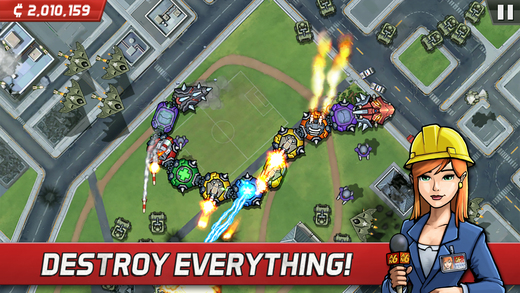 The key to victory lies in building Colossatron by attaching coloured Powercores as they appear. Different colours and unlockable gadgets can be combined to form bigger, badder weapons and stronger Powercores, with thousands of potential combinations.

Colossatron: Massive World Threat is available as a free download (normally $0.99) from the App Store. The game requires any iOS device running iOS 7.0 or later. The app contains in-app purchases ranging between $1.39 and $54.99.

The all-new Apple Watch Ultra officially went on sale last week, debuting the biggest change to Apple Watch yet, with the watch sporting features targeting extreme athletes. The Apple Watch Ultra has been designed to compete with the likes of Garmin, Suunto, Polar, and Coros, and boasts a suite of high-end features and improvements, including...
Usman Qureshi
14 mins ago