A newly published Apple patent application titled “Enhancing User Services with Indoor Traffic Information”, has revealed that the company’s growing interest in indoor positioning technology may go well beyond just identifying a user’s location, by offering estimated wait times at the airport, grocery store, DMV and much more, AppleInsider is reporting. The proposed invention may use a mobile device such as an iPhone to collect location information, time and speed associated with people moving in a building. 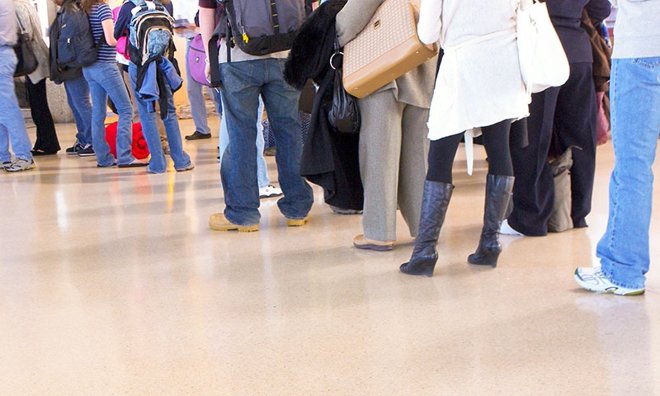 Apple notes that using the data, it could estimate the foot traffic and wait times at a variety of businesses and locations. The company’s smart system would even be able to adjust reminders and calendar events to improve the efficiency of a user’s day, by suggesting the best times to visit a business, or suggest which of several businesses to visit. For instance, if a user needed to visit the Department of Motor Vehicles (DMV), Apple’s technology could determine which office has the shortest lines at any given time, and advise the user to visit that location.

“In the event that the location cannot be changed, such as when the user has a flight scheduled, Apple’s system could alert the user with reminders and give them a suggested time to arrive at the airport. Doing so would allow users accommodate for heavy traffic and help ensure that they arrive at their gate on time.

Apple’s system would measure traffic by tracking data from a user’s iPhone, measuring their movement over time. Those movements would be used to determine how long it takes for people to move through a specific location, estimating how long the lines might be at that particular spot”.