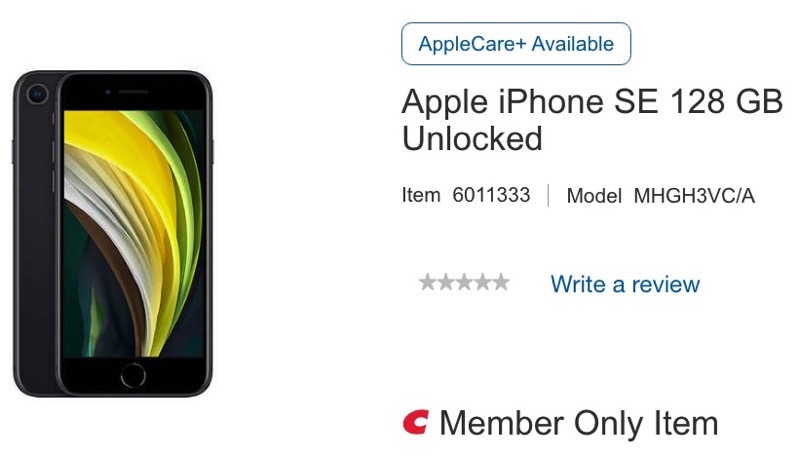 Any item that ends with $0.97 in pricing means it’s clearance and won’t be restocked. Here’s what’s available:

This iPhone SE is from 2020 and is powered by Apple’s A13 Bionic chip. These phones are unlocked so you just need to pop in your carrier SIM card.

The current iPhone SE (3rd gen) is powered by the latest A15 Bionic found in the iPhone 13 lineup, with pricing from $579 for 64GB and $649 for 128GB. This iPhone also supports 5G and has slightly better battery life.

Buying from Costco means a rock-solid return policy should anything go wrong. If you don’t need the latest iPhone SE 3 (it just launched today), and only price matters, these might be worth considering for the first-time iPhone users in your life.