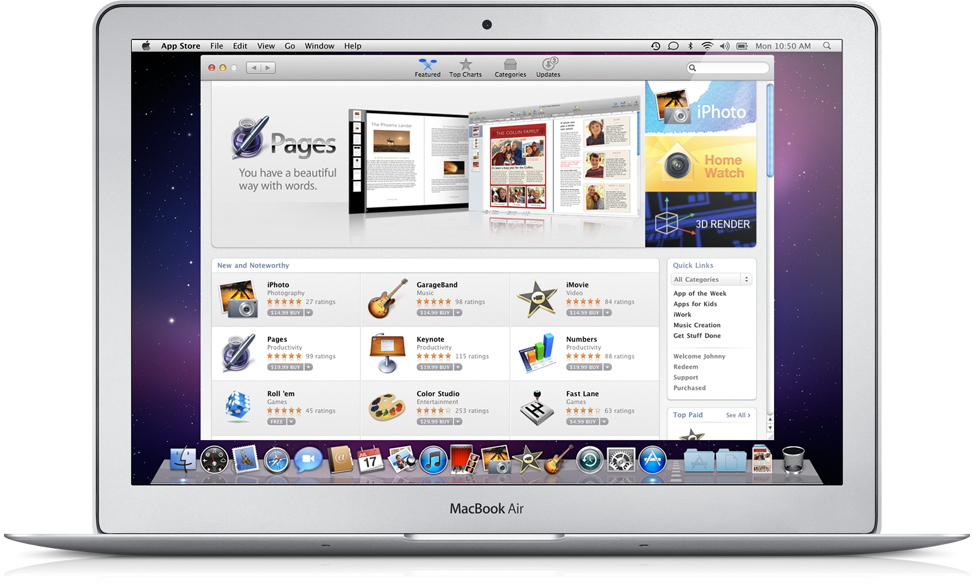 Apple announced this morning that the Apple Mac App Store will be live on January 6, 2011 in 90 countries.

The Mac App Store lets you browse new and noteworthy apps, find out whatâ€™s hot, view staff favorites, search categories and read customer ratings and reviews. Like on iPhoneÂ®, iPod touchÂ® and iPadâ„¢, you can purchase, download and install apps in just one click and start using them immediately. Purchased apps can run on all of your personal Macs and updates are delivered directly through the Mac App Store so itâ€™s easy to keep all of your apps up to date. The Mac App Store is available to Mac OS X Snow LeopardÂ® users as a free download through Software Update.

The App Store changed the way we use our iOS devices–will the Mac App Store replicate this for our Macs? What about Cydia for Mac?

Netflix Canada has released its list of new shows and movies coming in October 2022. For Netflix Games, there are now up to 28 free games on iOS and Android. Coming soon games include: Nailed It! Baking Bash; Spiritfarer; and Hello Kitty Happiness Parade. Check out the list of what’s coming to Netflix Canada in October 2022, […]
Gary Ng
1 hour ago

With the release of iOS 16, Apple has introduced the ability to change how your iPhone keyboard sounds or vibrates when you are typing, including the option to enable haptic feedback. However, in a newly published support document, Apple has revealed that turning on keyboard haptics might affect the battery life of your iPhone, as spotted...
Usman Qureshi
5 hours ago

According to analysts at JP Morgan, Apple is preparing to make India and Vietnam its key global manufacturing hubs as the company continues to cut its reliance on China, TechCrunch is reporting. In a note to clients sent out this week, the analyst claimed that the Cupertino company will move 5% of global iPhone 14...
Usman Qureshi
5 hours ago