John Gruber from Daring Fireball breaks down the obviousness Apple wants to convey in terms of shortcuts in iOS 5, in particular the camera shortcut on your lock screen. In iOS 5.0, double tapping the home button would bring up a camera shortcut icon.

However, this was changed in iOS 5.1 to a new ‘slide up’ shortcut indicated by a new icon. How does Apple hint this is an actual shortcut to the camera?

But if you do just tap on it, which is an obvious thing to try, you get a clever hint: the lock screen playfully jumps and bounces, suggesting visually that you can slide it upward. It’s not a gesture — you can’t swipe upwards from anywhere on the lock screen to invoke the shortcut — it’s a visual on-screen touch control. And it’s one of my favorite little touches from Apple in recent memory. 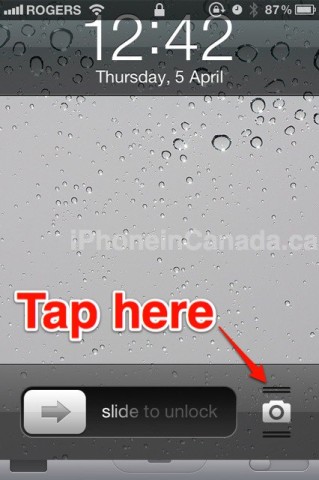