Today Apple’s online store was updated for Mother’s Day, after it went down last night. Ahead of Mother’s Day in May, the company seems to be heavily promoting the iPad along with various accessories.

This year’s promotion allows customers to add free custom engravings to any iPad, and provides free shipping on all orders over $75. 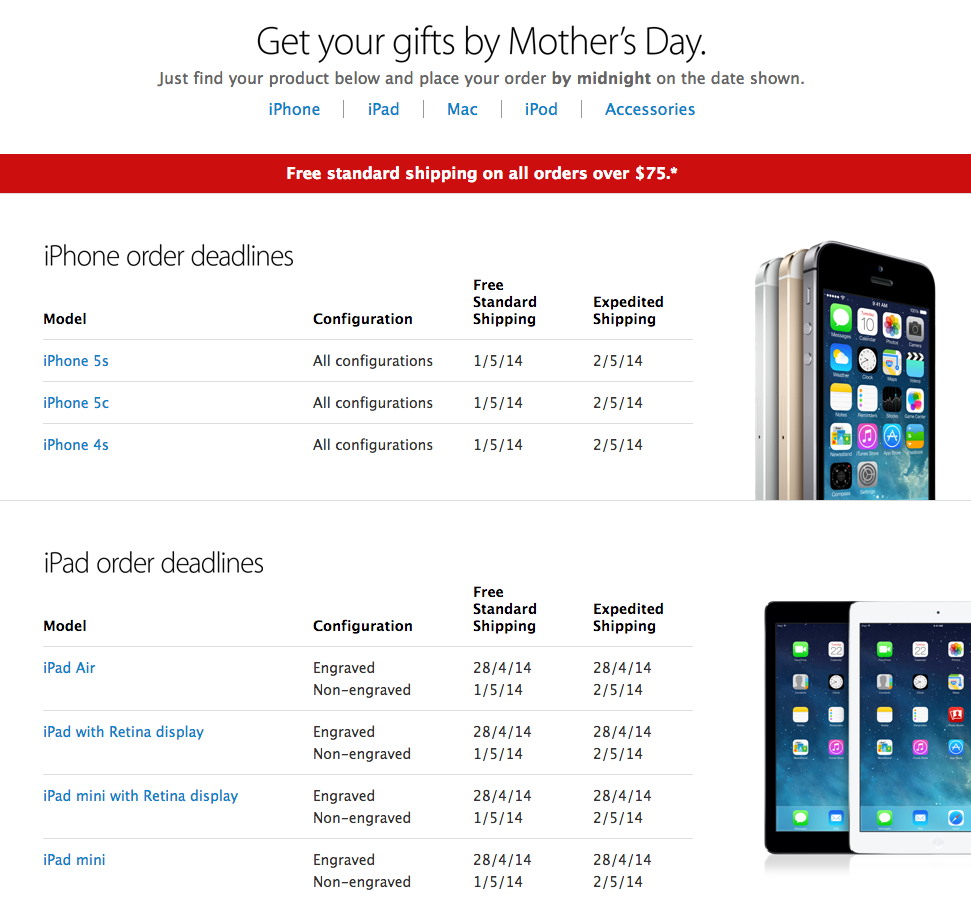 Click here if you want to find out when to order your gifts to have them delivered by Mother’s Day (May 11). In order to have your product delivered on time, most products (non-engraved) must be ordered by May 1st.

Let us know in the comments below if you will be taking advantage of any of Apple’s Mother’s Day promotions.

[caption id="attachment_389490" align="aligncenter" width="1400"] Image: Marcus Kane[/caption] As we count down the months to the launch of Apple's long-rumoured mixed-reality headset and, with it, an entirely new product category for the tech giant, we're starting to see more leaks and concept designs pop up. The latest concept renders of Apple's "Reality Pro" AR/VR headset imagine...
Nehal Malik
14 mins ago