Earlier this month, we reported that Apple might drop Google Maps services in iOS 6 and instead use its own in-house mapping service that also includes a 3D view. Looks like BGR has just obtained some exclusive information and photos of Apple’s new Maps app from its trusted sources. The source notes that this new Maps app features an all new UI including a brand new “silver” navigation bar instead of blue. It is also notable that since the current Maps app sports the standard blue iOS color scheme, it is possible Apple may be looking to shift toward a silver color theme in iOS 6.

“The iPhone version of Maps has a floating locate me button (it sounds very similar to Android’s Google Maps app) in the bottom left corner. To access 3D mode, which will make use of Apple’s C3 Technologies acquisition, you have to peel back the lower right corner of Maps just like the current version and enable 3D mode. Once enabled, you can switch in and out of 3D mode by tapping a 3D icon in the lower left corner. A photo of this feature can be seen in our gallery.”

The report points out that Apple is putting finishing touches on its 3D mapping functionality and it is currently in testing phase in a beta build of iOS 6. 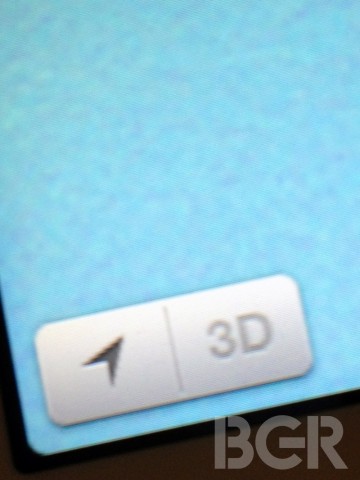