Hours after the white iPhone 4 was released, savvy users immediately noticed that the new white device was slightly thicker than its black colored counterpart.

Today, in an unusual move, Apple VP of Worldwide Marketing Phil Schiller challenged the observation in a direct message via Twitter to Ernesto Barron. Schiller insisted that the white model was the same size as the black model iPhone 4, despite hands-on tests.

The claim that the two devices are the same thickness is interesting, especially considering that owners of the white iPhone 4 have made side-by-side comparisons that show a thicker design. Moreover, users have had difficulty with cases that normally fit fine on the black model iPhone 4.

While there has been no official news on why the white iPhone 4 is thicker, speculation has pointed to a thicker layer of material to protect against UV damage. 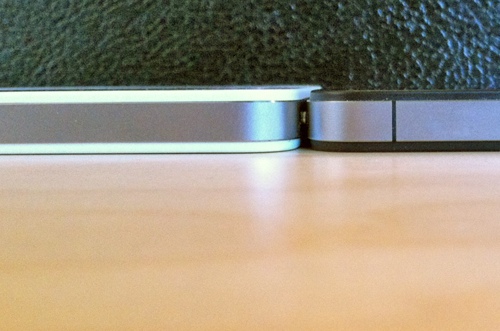