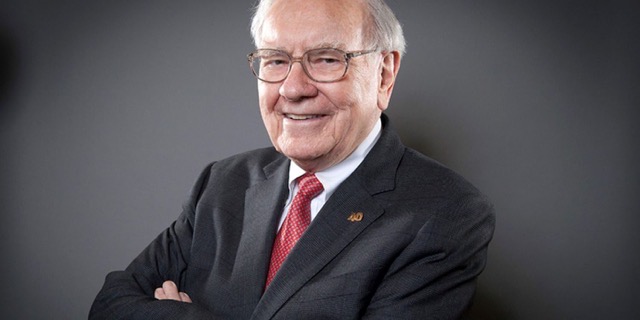 In his annual letter to shareholders released on Saturday, billionaire investor and stock market legend Warren Buffett heralded Apple as one of the four pillars of Berkshire Hathaway, saying that the tech company is the second (by market value) of “our four giants” — reports CNBC.

The “Oracle of Omaha” went on to laud Apple CEO Tim Cook for both his management and his stock repurchase strategy, which increases Berkshire’s stake in the company without Buffett or his holding company having to lift a finger.

“Apple – our runner-up Giant as measured by its yearend market value – is a different sort of holding. Here, our ownership is a mere 5.55%, up from 5.39% a year earlier,” Buffett wrote in his letter.

“That increase sounds like small potatoes. But consider that each 0.1% of Apple’s 2021 earnings amounted to $100 million. We spent no Berkshire funds to gain our accretion. Apple’s repurchases did the job.”

Berkshire’s ownership of Apple entitled the company to a whopping $5.6 billion USD of Apple’s stellar 2021 earnings. The holding company received $785 million in dividends from Apple for 2021, while the rest was retained by the tech giant and largely used to repurchase Apple shares, according to Buffett.

“It’s important to understand that only dividends from Apple are counted in the GAAP earnings Berkshire reports – and last year, Apple paid us $785 million of those. Yet our ‘share’ of Apple’s earnings amounted to a staggering $5.6 billion. Much of what the company retained was used to repurchase Apple shares, an act we applaud,” Buffett said in his letter.

Berkshire Hathaway started buying Apple stock back in 2016. The conglomerate has “bought more Apple than anything else” in recent years, and the iPhone maker today constitutes the investment firm’s largest stock holding. Back in 2020, Buffett called Apple the “best business” in the world.

As of the beginning of this year, Berkshire Hathaway’s holdings in Apple are worth $162 billion USD, making Buffett’s investment firm Apple’s third-largest institutional shareholder.