Billionaire investor Warren Buffett’s big bet on Apple has paid off in a major way, making more than $120 billion USD on paper as the tech giant reached a milestone $3 trillion market valuation this week. 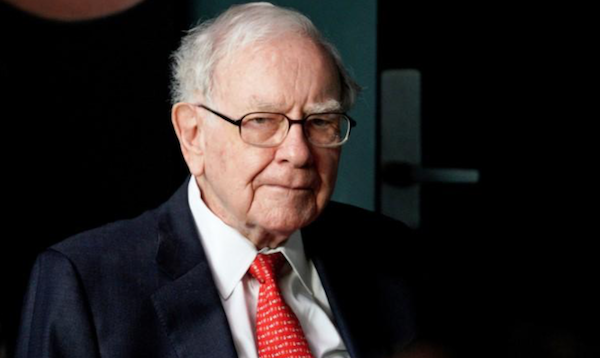 Warren Buffett looks for simple, predictable businesses at bargain prices, meaning he’s largely avoided technology companies throughout his career. Yet the 91-year-old investor’s bet on Apple will likely go down as the most lucrative wager of his life, and one of the best investments in history.

Buffett’s Berkshire Hathaway owned 887 million Apple shares as of September 30, giving it a 5.4 percent stake in the iPhone maker, reads a new report from CNBC. That position — assuming it hasn’t been altered — rose in value to a record $162 billion USD on Monday, as Apple notched a $3 trillion market capitalization for the first time.

Berkshire has now made nearly five times its money on Apple. It spent about $36 billion USD to buy just over 1 billion Apple shares between the start of 2016 and mid-2018, adjusted for the 4-for-1 stock split in 2020.

Despite Apple’s clear and sustained growth, investing in the Cupertino company wasn’t always on Buffett’s radar; historically, the “Oracle of Omaha” has been wary of heavy-hitting tech stocks, but that’s changed in recent years.

Today, Berkshire’s Apple stake comprises more than 40 percent of its equity portfolio, and Buffett has referred to the company as one of Berkshire’s largest businesses, third only to its insurance and railroad interests.

Buffett has called the iPhone a “sticky” product, one that keeps consumers coming back on a consistent basis. “[Apple is] probably the best business I know in the world,” Buffett said in a CNBC interview last year. “I don’t think of Apple as a stock. I think of it as our third business.”