Earlier this year, some Intel officials claimed that Apple is planning to transition to its own ARM-based processors in Macs as early as next year and today, MacRumors has pointed out that ARM’s lead CPU architect Mike Filippo, who has led the development of several ARM chips in the last 10 years, has now joined Apple. 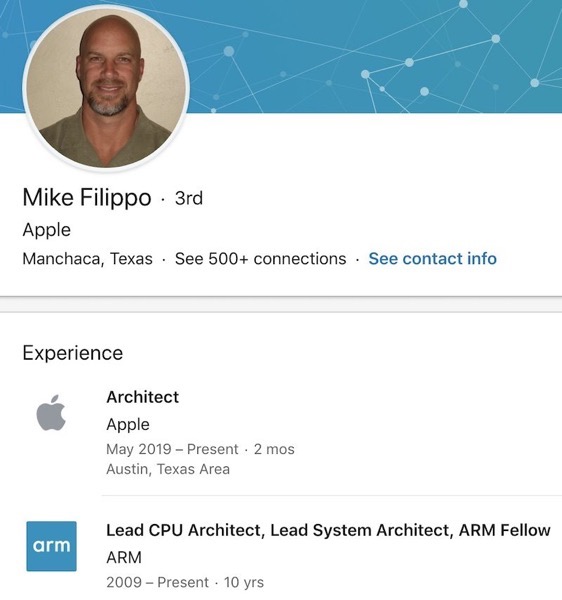 While Filippo’s LinkedIn profile still lists his ARM role as ongoing, the source notes that he has in fact left the company. Based out of Austin, Texas, Filippo has led the development of the Cortex-A76, Cortex-A72, Cortex-A57, and upcoming 7nm+ and 5nm chips at ARM.

In the past, Filippo has served as Intel’s lead CPU and system architect between 2004 and 2009, and has also worked AMD’s Athlon and Opteron processors between 1996 and 2004.

Filippo’s position at Apple is listed only as “architect” making no reference to what team he’s on, as with some other LinkedIn profiles. Apple has not yet made any official announcement regarding the hire.