According to a report by Q107, the union that represents Canada’s border agents is claiming that some key statistics offered by the government in support of its use of the ArriveCAN app are “absolutely false.” 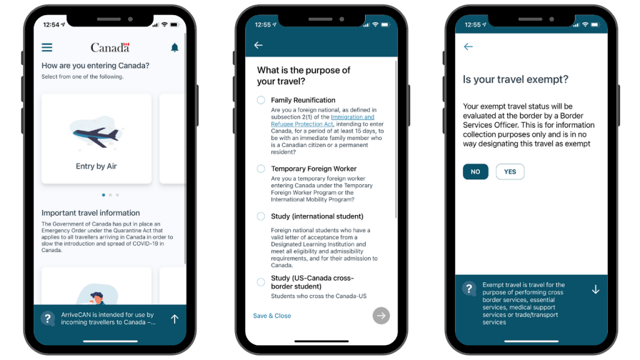 ArriveCAN, which made its debut in April 2020, became mandatory for all travellers entering Canada in November of that year. The app collects vaccine status and personal information which can then be used by health officials to monitor compliance with government orders related to COVID-19.

Speaking to a House of Commons committee on Wednesday, the Customs and Immigration Union president Mark Weber said that the number of people who successfully complete the ArriveCAN app prior to arriving at the border is much lower than the claims made by Canada Border Services Agency (CBSA):

“What I can tell you is that the numbers that were provided to you by the CBSA – where it said that 99 percent of air travellers and 94 percent of land travellers have the app completed – is absolutely false,” Weber said.

“As far as border officers are concerned, the last few months have shown that ArriveCAN neither facilitates cross-border travel nor does it improve operational efficiency. In fact, it does exactly the opposite.”

“Our officers now largely work as IT consultants,” said Weber to the committee. “You have land borders that have essentially become parking lots for us to help people complete the app.” Instead of protecting our borders, agents instead are spending their time on tech support for the ArriveCAN app.

The ArriveCAN app has also been repeatedly called out by travellers and the airline industry since its release as a source of confusion and delays at Canadian airports and land border crossings.

Earlier today, we reported COVID Alert was finally discontinued by the federal government, with the project costing $21 million.